Co-Founder & CEO of Peek Vision, a social impact organization which uses smartphone technology to radically increase access eye care in some of the most challenging places in the world.

Andrew is an Ophthalmologist (Eye Surgeon), and Clinical Associate Professor in International Eye Health at the London School of Hygiene & Tropical Medicine where he teaches on public health for eye health and leads a research portfolio.

Andrew has worked and undertaken research in over twenty countries including two years living in Kenya where he was leading a major eye disease study and the development and testing of Peek.  He has published over 50 peer-reviewed articles focusing on international eye health and mobile technology in healthcare and has co-authored four book chapters.

Andrew was made a TED Fellow in 2014 and his TED talk has been viewed over one million times.  Since then, Peek has run one of the top-ten all-time Indiegogo crowd-funding campaigns in the health sector, for Peek Retina, a smartphone ophthalmoscope.

Peek’s vision check app, Peek Acuity, launched on Google Play store in 2016 and is now a certified medical device in use in over 150 countries. Peek’s end-to-end services now incorporate their apps and hardware and have been used to transform eye health in Kenya, Botswana and India with new programmes with partners CBM, now running in Pakistan and Zimbabwe with plans to expand in to several new countries in 2020..

The work of Andrew and the Peek team has been recognised with generous awards including the Mazda Rebels with a Cause Prize in partnership with TED, the Gifted Citizen 2014 Award, the Index Design Award, and the Rolex Awards for Enterprise). Peek was voted “best social-impact start-up in Europe” by Google and McKinsey in 2016. All prize money has been re-invested in Peek.

Andrew was voted one of the world’s 30 most influential people in public health, one of the world’s “Top 40 Ophthalmologists under the age of 40” by The Ophthalmologist magazine, was selected as a “Young Global Leader” by the World Economic Forum, and is listed as an “Eye Health Leader” by the International Agency for the Prevention of Blindness. In 2016 he received the Clearly Vision Life Time Achievement Award and was made a Rolex Laureate. In 2018 Andrew was made an Ashoka Fellow and UBS Global Visionary.

In 2018, Andrew was invited to address the Commonwealth Service in the presence of the British Royal Family, Prime Minister, and a global live TV and radio audience. In his address, Andrew highlighted the transformative effects of regaining lost vision, and the importance of international collaboration in ending avoidable blindness and vision loss worldwide.

As part of Peek’s mission to bring vision and health to everyone, Andrew is working with major banks, eye health organisations and funders to develop innovative financing models for eye health, the subject of his 2018 TED Talk.

In addition to his work as CEO of Peek, Andrew is also working with astrophysicists to crowdsource retinal data, with National Geographic explorers to reach isolated communities, and with artists and activists to advocate for eye care globally (Project Light). Together with his wife Madeleine, Andrew they are establishing a social enterprise micro-bakery model in Kenya that provides employment and healthy food opportunities for the mass market. Andrew and Madeleine have three children and live in the UK. 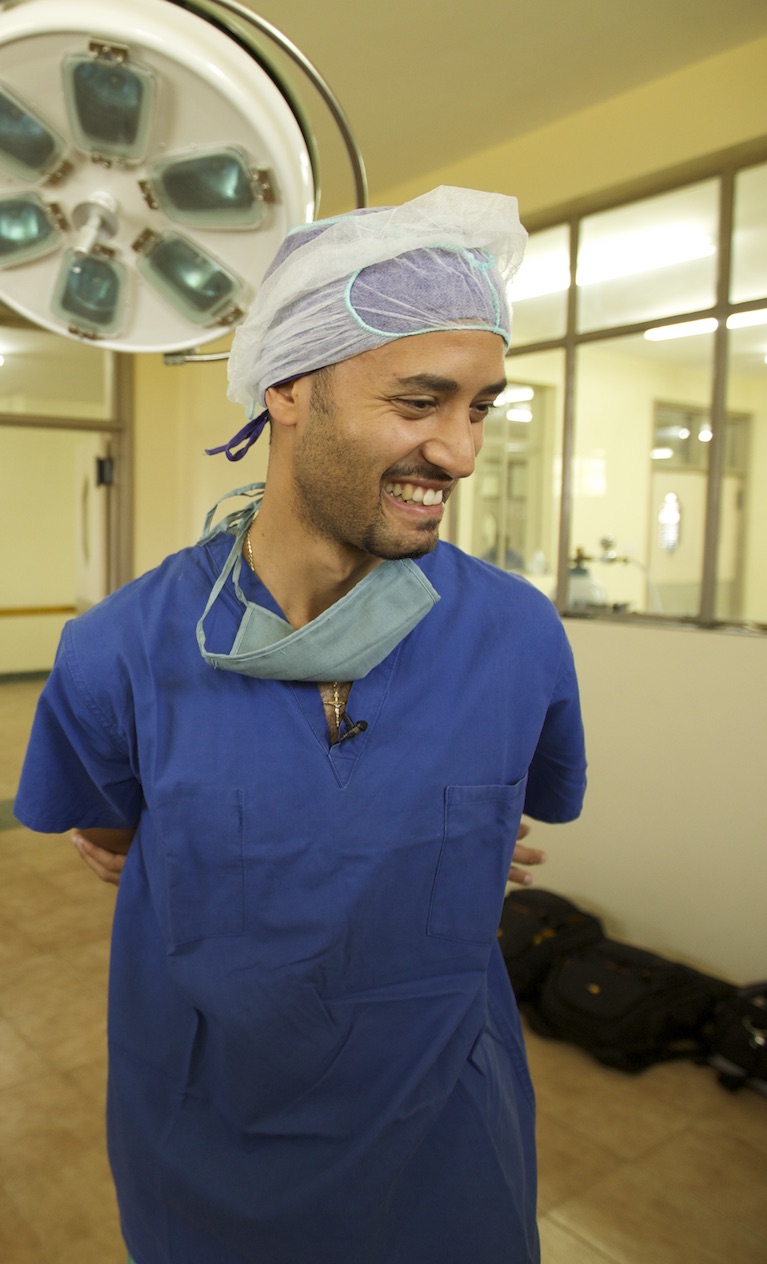