A Nobel Peace Prize Winner 1997 and Chairman of the Nobel Women’s Initiative, inspires audiences to stand and fight for causes that are important to them.

Jody Williams passionate fight for an international ban on landmines and the establishment of a mine victim assistance program together with her efforts for the advancement of peace, justice and equality for women is truly moving and inspirational.

Jody served as the founding coordinator of the International Campaign to Ban Landmines (ICBL) until February 1998. Beginning in early 1992 working on her own alongside two non-governmental organizations, she oversaw its growth to over 1,300 organizations in 95 countries working to eliminate antipersonnel landmines. In an unprecedented cooperative effort with governments, UN bodies and the International Committee of the Red Cross, she served as a chief strategist and spokesperson for the ICBL as it dramatically achieved its goal of an international treaty banning antipersonnel landmines during a diplomatic conference held in Oslo in September 1997.

Three weeks later, Williams and the ICBL were awarded the Noble Peace Prize. At that time, she became the tenth woman and third American woman in its almost 100-year history to receive the Prize. Since February 1998, she has served as a Campaign Ambassador for the ICBL, speaking on its behalf all over the world. From 1999-2004, she served as senior editor for the 1000-page annual Landmine Monitor Report, a groundbreaking initiative by civil society that monitors the implementation and compliance of the Mine Ban Treaty.

Along with sister Laureate Dr. Shirin Ebadi of Iran, Jody Williams took the lead in establishing the “Nobel Women’s Initiative,” together with sister Laureates Wangari Maathai (Kenya), Rigoberta Menchu Tum (Guatemala) and Betty Williams and Mairead Corrigan Maguire (Northern Ireland). Launched in January 2006, its mission is to use the prestige and access afforded by the Nobel Prize to spotlight and promote efforts of women’s rights activists, researchers and organizations working to advance peace, justice and equality for women. By helping to advance the cause of women, the Nobel Women’s Initiative advances all of humanity. Williams serves as its chair.

In February-March 2007, Professor Williams lead a High Level Mission on Darfur for the UN’s Human Rights Council and presented the Mission’s hard-hitting report to the Council.

In 2003, Williams was named Distinguished Visiting Professor of Global Justice, in the Graduate College of Social Work at the University of Houston. In 2007 she was appointed the “Sam and Cele Keeper Endowed Professor in Peace and Social Justice.”

Prior to beginning the ICBL, Williams worked for eleven years to build public awareness about U.S. policy toward Central America. From 1986 to 1992, she developed and directed humanitarian relief projects as the deputy director of the Los Angeles-based Medical Aid for El Salvador. From 1984 to 1986, she was co-coordinator of the Nicaragua-Honduras Education Project, leading fact-finding delegations to the region. Previously, she taught English as a Second Language (ESL) in Mexico, the United Kingdom and Washington, D.C.

Professor Williams continues to be recognized for her contributions to human rights and global security. She is the recipient of fifteen honorary degrees, among other recognitions. In 2004, she was named by Forbes Magazine as one of the 100 most powerful women in the world in the publication of its first such annual list.

A prolific writer, her works are too numerous to list individually. Her articles have appeared in magazines and newspapers around the world – including The Wall Street Journal, The International Herald Tribune, The Boston Globe, The Toronto Globe & Mail, The Irish Times, The LA Times, to name just a few. She has contributed various chapters to countless books, and co-authored an early book on the landmine crisis. Her most recent book, Banning Landmines: Disarmament, Citizen Diplomacy and Human Security, edited with Steve Goose and Mary Wareham and released in March 2008, analyzes the Mine Ban Treaty and its impact on other human security-related issues. She is currently working on a memoir related to her work for social justice.

Williams believes that working for peace is not for the faint of heart. It requires dogged persistence and a commitment to sustainable peace, built on sustainable development, environmental justice and security, and meeting the basic needs of the majority of people on our planet. 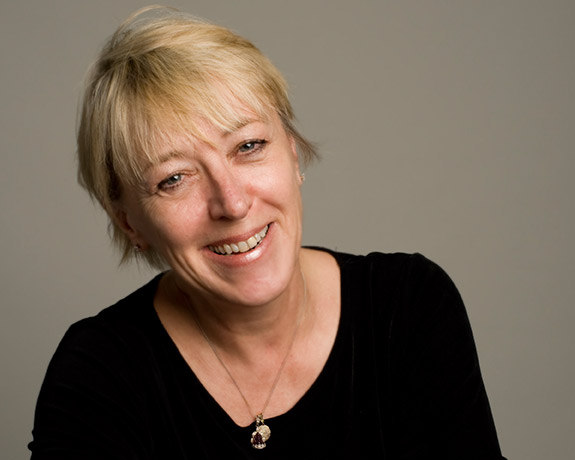 What people say about Jody Williams

“A tireless crusader against war and the lingering effects that armed conflict has wrought around the world.”