A veteran of two spaceflights, a two-week mission onboard the Space Shuttle Endeavour in 2010 and a 200-day flight to the Space Station in 2014/2015.

On Feb. 8, 2010 Colonel Terry Virts made his first spaceflight as pilot of the Space Shuttle Endeavor during mission STS-130.  His next launch was onboard the Russian Soyuz TMA-15M on Nov. 23, 2014 from Baikonur, Kazakhstan. In March of the following year, Terry assumed command of the International Space Station (ISS) as Commander of Expedition 43. Virts has spent more than seven months in space.

Virts currently travels the world inspiring audiences with stories from space and his insights into life on earth.  He brings his unique perspective to businesses around the world in diverse topics including: the environment; global wealth; intercultural leadership; crisis and risk management; innovation; strategy and vision; and decision making.

He recently directed his first film, One More Orbit about his Guinness World Record breaking mission in July 2019, celebrating the 50th anniversary of the Apollo 11 moon landing.  His next book, The Art of Space Travel, is due out in Sep., 2020.  Virts also authored Apo11o: To the Moon and Back, a collector’s edition reproduction of the original flight plan Neil Armstrong, Buzz Aldrin, Mike Collins and the mission control team in Houston used to plan and execute man’s first mission to land on the moon.

He is currently involved in several television and film projects, serves on corporate boards, writes and promotes public policy.

He is one of only four astronauts to have piloted a Space Shuttle, flown a Russian Soyuz spacecraft, performed space walks and commanded the ISS.

Virts has a unique perspective about the earth, having taken more photos from space than any other astronaut.  He is also one of the stars of the IMAX film A Beautiful Planet, shooting much of the stunning footage himself.  Virt’s photography is also featured in his National Geographic book, View From Above. 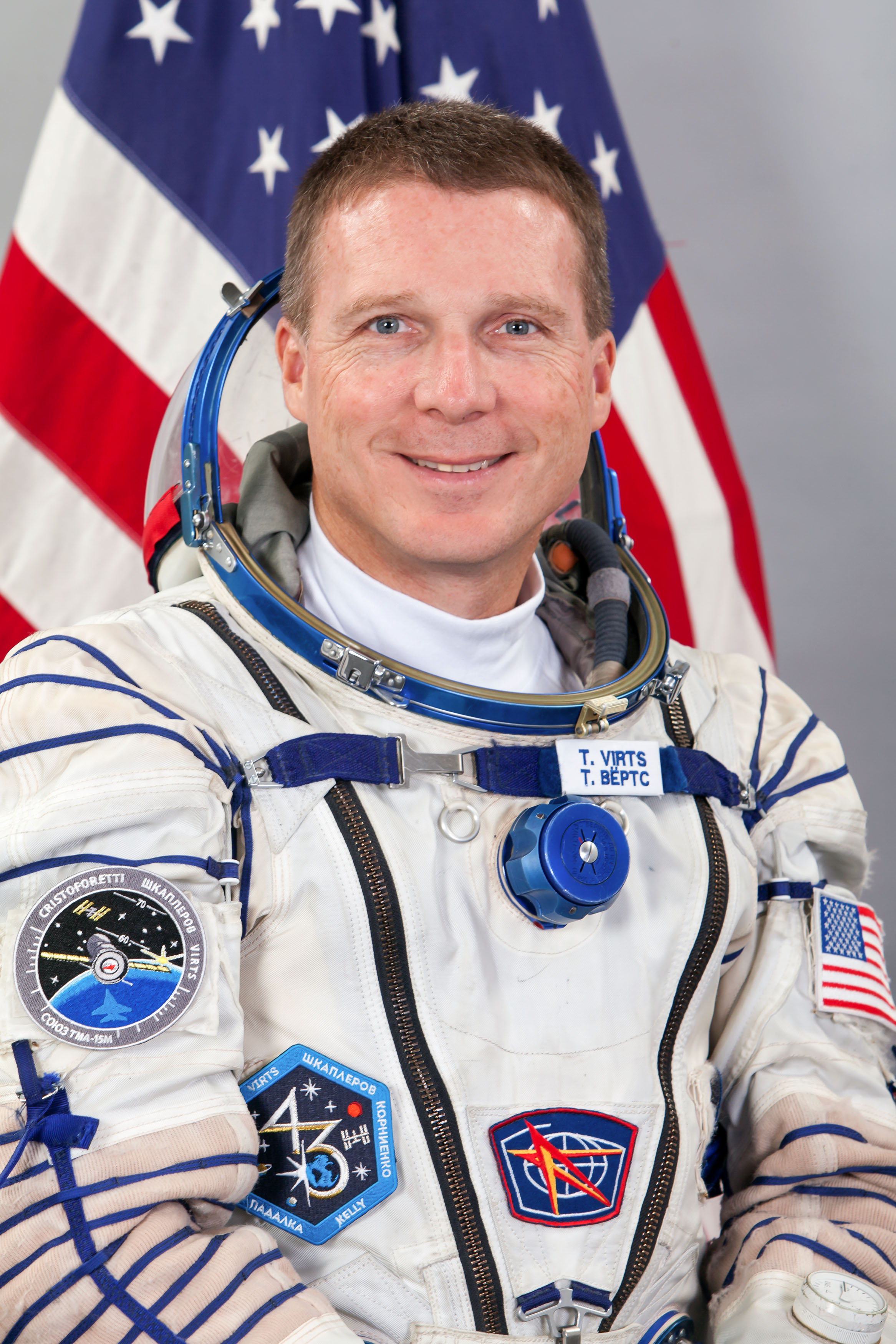 “Terry´s enlightening presentation at our company´s 150th anniversary was inspiring and in its truest sense of word eye opening. Terry shared personal stories from his spaceflight, presented fascinating views from above and extensive insights into global wealth and environment. Terry won our hearts and brains.”

“Terry is a regular guest lecturer at Harvard Business School and always a highlight for our participants- he combines fascinating stories, dynamic connection with his audience, and unique perspectives on leadership as well as life on earth.”

“Terry truly gave an inspiring speech, which motivated our team to see the bigger picture. With fascinating stories and lessons learned especially concerning intercultural leadership he give an impressive insights for a pan-European company like ours.”