Bilateral below – the knee amputee turned Paralympian, catwalk model, actress and activist her passion for sports, is equaled only by her drive and determination to make a difference in whatever she pursues. Inspirational speaker on creativity, peak performance, personal leadership.

She first received worldwide media attention as an athlete. Born without fibulae in both legs, Aimee’s medical prognosis was bleak; she would never walk and indeed would spend the rest of her life using a wheelchair. In an attempt for an outside chance at independent mobility, doctors amputated both her legs below the knee on her first birthday. The decision paid off. By age two, she had learned to walk on prosthetic legs, and spent her childhood doing the usual athletic activities of her peers: swimming, biking, softball, soccer, and skiing, always alongside “able-bodied” kids.

After graduating high school with honors, Aimee was one of three students in the US chosen for a full academic scholarship from the Department of Defense, and at age 17 became the youngest person to hold a top-secret security clearance at the Pentagon. She worked there as an intelligence analyst during her summer breaks.

It was at this time that she rediscovered her love of competitive sports. While a dean’s list student at the prestigious School of Foreign Service at Georgetown University, she set her sights on making the US Team for the 1996 Atlanta Games. She enlisted the expertise of Frank Gagliano, one of the country’s most respected track coaches. Through this partnership, she became the first woman with a “disability” to compete in the NCAA, doing so on Georgetown’s nationally-ranked Division I track team. Outfitted with woven carbon-fiber prostheses that were modeled after the hind legs of a cheetah, she went on to set World Records in the 100 meter, the 200 meter, and the long jump, sparking a frenzy over the radical design of her prototype sprinting legs.

After a spread in Life magazine showcased her in the starting blocks at Atlanta, the world took notice. Aimee soon landed a 10-page feature in the inaugural issue of Sports Illustrated for Women, which led to her accepting numerous invitations to speak at international design conferences. Being exposed to this discourse relating to aesthetic principles, she became interested in issues relating to body image and how fashion advertising impacted standard notions of femininity and beauty. In 1999, Aimee made her runway debut in London at the invitation of one of the world’s most celebrated fashion designers, Alexander McQueen. Walking alongside the supermodels of the world, Aimee’s groundbreaking, triumphant turn captured the attention of the fashion media, propelling her onto the magazine covers of ID and Dazed and Confused. Conquering the fashion magazine standards of Vogue, Harper’s Bazaar, W, Glamour, and Elle, she was also named as one of People magazine’s “50 Most Beautiful People in the World.”

An influential voice in today’s changing youth culture, she has been named as one of Esquire’s “Women We Love,” one of Jane magazine’s “10 Gutsiest Women,” one of Sports Illustrated’s “Coolest Girls in Sport,” and was celebrated as the “Hottest Muse” in Rolling Stone’s annual Hot List.

In addition to her professional career, Aimee serves on numerous boards and spends much of her time assisting various non-profit organizations, most notably Just One Break and the Women’s Sports Foundation. Aimee serves as Vice-President for J.O.B., the nation’s oldest non-profit employment service for persons with disabilities, founded in 1947 by Eleanor Roosevelt, Orin Lehman, and others. After serving as a Trustee for the WSF, founded by Billie Jean King, she was elected as the foundation’s President, a position she will steward from 2007 to 2009.

At such a young age, she has already been immortalized in exhibits at institutions such as the Smithsonian, the Metropolitan Museum of Art, the NCAA Hall of Fame, the Victoria and Albert Museum, the Tate Modern, the Track and Field Hall of Fame, and the Women’s Museum, where she is honored for her contribution to sport among the “Greatest American Women of the 20th Century.” She resides in New York City.

Her film debut was a starring role in the highly-acclaimed film by contemporary artist Matthew Barney, Cremaster 3, first presented in the US at the Guggenheim Museum in 2003. Cremaster 3 is an astonishing work of creativity, and was lauded by The Guardian as “the first truly great piece of cinema to be made in a fine art context since Dali and Bunuel filmed Un Chien Andalou in 1929. It is one of the most imaginative and brilliant achievements in the history of avant-garde cinema.” Aimee’s most recent film is “Unsane” directed by Steven Soderbergh which was released in 2018. She also starred in the second season of Netflix’s hit series “Stranger Things”. 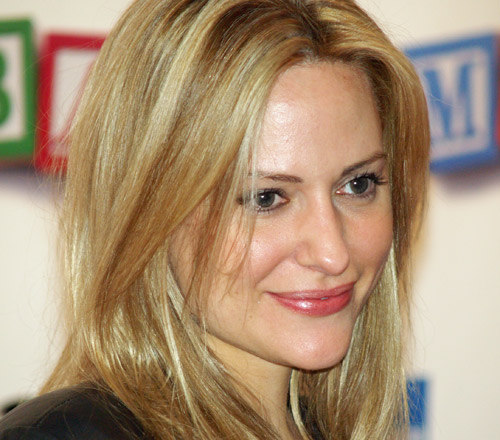 What people say about Aimee Mullins

“Aimée was a huge hit at our user conference. She received a higher score in our attendee survey than any of the other 12 guest speakers we have featured. Her inspirational story and story-telling skill exceeded our very high expectations. We provided a rewarding and memorable experience for our customers. Thank you very much, Aimée!”

“Aimée was great! She gave a stellar performance – we ran short on time at the end and really left folks wanting more. I could listen to her all day and wish we could have. Thanks for everything.”

“Aimée’s keynote was a huge success at our event!  She was the closing keynote and received a standing ovation.   Many people have continued to reach out to relay how inspiring she was and what an impact she made on them that continues to resonate.  She did an excellent job at weaving our overall theme into her talk, as well as speaking to topics relayed by earlier speakers.  Her presence, passion, honesty and vulnerability are the perfect combination that reaches out, grabs the crowd, and keeps them engaged.  If you have the chance to book her or hear her speak – don’t miss the opportunity.”