Professor of Computer Science, Human Media Interaction Group & Scientific Director of the DesignLab at the University of Twente, in The Netherlands.

Since 2019 Professor Evers has been the Head of Singapore’s Nanyang Technological University (NTU) Institute of Science and Technology for Humanity, which will bring together academics and researchers from diverse fields – such as robotics, linguistics, neuroscience and design – as well as members of government and industry to guide the development of technology for the betterment of humanity, rather than for its own sake.

Previously Professor of Human Media Interaction at the University of Twente, Vice-Dean of Research for the Faculty of Electrical Engineering, Mathematics and Computer Science, and the Scientific Director and founder of the DesignLab, a centre for multidisciplinary projects with societal impact based on ‘Science to Design for Society’.

Professor Evers’ work exists at the intersection of Computer Science, Psychology, Design Philosophy and Electrical Engineering. Her research focuses on Human Interaction with Autonomous Agents such as robots or machine learning systems and cultural aspects of Human Computer Interaction. She specifically likes to take theories on human behaviour from social psychology and see if similar processes occur when we interact with technology. She is best known for her work on social robotics such as the FROG robot (fun robotic outdoor guide), that can interpret human behaviour automatically and respond to people in a socially acceptable way.

She received a M.SC. in Information Systems from the University of Amsterdam, and a Ph. D. from the Open University, UK. During her Master studies she spent two years at the Institute of Management Information Studies of the University of New South Wales, Sydney. After her Ph.D. she has worked for the Boston Consulting Group, London and later became an assistant professor at the University of Amsterdam’s Institute of Informatics. She was a visiting researcher at Stanford University (2005-2007). She has published over 80 peer reviewed publications, many of which in high quality journals and conferences in human computer interaction and human robot interaction. She serves on Program Committees of HRI, CHI, CSCW and ACM Multimedia.

She is a popular and frequently requested speaker in the media and for private and public institutions and conferences around the world. 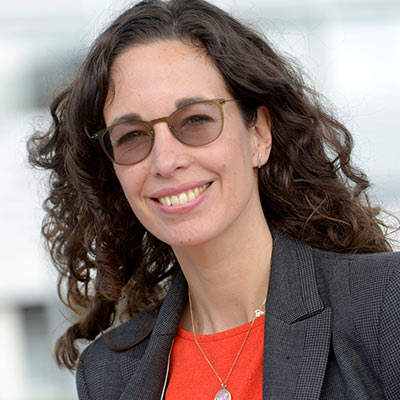