Consultant, mentor, expert in the future of work and leadership and the impact of technology and how this affects behaviours in the world of work and business.

Simon Walker is a leading authority in the field of leadership and employee engagement and one of the world’s leading experts on ‘Generation Y’.

He is a powerful, dynamic and inspirational speaker and an expert in leadership and team dynamics. He draws enthusiastically from his first-hand experiences in sport, adventure and business, having professionally raced yachts around the world twice and led sailing expeditions to the Arctic and Antarctic.

With a background in technology, Simon has held leadership positions in several high profile SME businesses and also with a number of leading consultancies throughout Europe, Asia and the USA. He is also one of the world’s leading authorities on “Generation Y” – those born since 1980 – and how to better understand and lead them, creating winning high performance teams across all generations.

He is co-author of the research report Generation Y: What they want from work (2007) and expanded upon this to conduct the very first such study of the Gen-Y in Asia (2008).   He is a regular contributor of print and digital articles worldwide and is often interviewed for his insights. His work and experiences have been chronicled in various publications including FastCompany magazine and in two books; Uphill All The Way and Global Challenge; Leadership Lessons.

Simon addresses many events worldwide, but as well as a being an experienced inspirational keynote speaker, he is also an accomplished event host, workshop leader and conference facilitator.

He provides in-depth briefings on the future imperatives of talent management and designs and manages workshops and facilitates peer-level discussions around today’s evolving workplace and the challenge of changing attitudes and preferences of each generation.

These are focused on the implications for new leadership styles, for company communications, for managing teams and working styles. He helps companies to think about how they can respond in order to attract new recruits, to engage them (and keep them) and simultaneously stock the company with people who inherently understand key segments of the markets they serve.

He also uses his experiences as a CEO, round the world yacht skipper and Arctic expedition leader as stepping stones to insightful and thought-provoking messages that tend to stay with audiences.

His clients include Microsoft, BT, the National School of Government, Royal Bank of Scotland, Lloyds TSB, ING, Barclays, National Audit Office, Toshiba, Drivers Jonas, Nomura and The Cabinet Office and he has also spoken at conferences and seminars in Europe, the US and Asia.

As well as working with many blue chip organisations Simon has also developed top flight teams in the sporting environment. This includes working with international yacht racing crews and with Sir Clive Woodward’s World Cup-winning England and British & Irish Lions rugby squads. Most recently he has worked with The English Institute of Sport and the British Paralympic Association.

Simon holds a BA (hons) in Computer Engineering from the University of Manchester. He followed his passion to become a professional yachtsman and then a successful entrepreneur. He was previously a senior consultant to The Centre for High Performance Development (CHPD) with focus on organisational change before co-founding talentsmoothie in 2007. He is also a visiting executive development Fellow at Henley Business School. 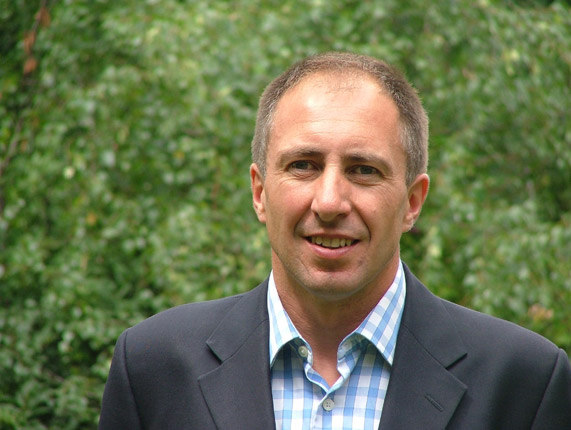 What people say about Simon Walker

“Simon spoke at our recent European HR Conference about the future of work and leadership. It was a great session and provided a challenging overview of the changes that will affect our businesses and their HR strategies.”

“Your contribution greatly added to the event [Institute of Water annual conference] and we have some received some fantastic feedback from attendees.”

“Simon is an inspirational speaker, his engaging style and thought provoking dialogue was easy to follow but not without firm acknowledgement as to what lies ahead in terms of technological progress and associated people development.”