Peggy’s superpower is bringing people together across borders and industries to change the world for the better. She works across policy, economic, technical, and spiritual realms.

Peggy Liu has dedicated her life to personal and planetary health.  Named the “Green Goddess of China” by Chinese press and a TIME Hero of the Environment, she is the Chairperson of JUCCE (Joint US-China Collaboration for Clean Energy).  JUCCE is an environmental organization that has been at the heart of the greening of China since 2007.

Peggy advises global companies and governments on how to catalyze societal-scale change, scale sustainable innovation, and collaborate with China.

Peggy is a Distinguished Professor at China Academy of Governance, a lecturer at China Executive Leadership Academy of Pudong, and the National Academy for Mayors of China. She is a board member of Project Drawdown, an advisor to the FTSE Environmental Markets Committee, EAT Forum and Volans, a Governor of the Hillary Institute. She is a Thought Leader at Criticaleye CEO network. She served as an executive advisor to Marks & Spencer, an advisor to PWC China, a sustainability advisor to HP, a member of the World Economic Forum’s Global Agenda Councils on Sustainable Consumption 2012-13 and on New Energy Architecture 2011-12, and an energy adviser to the Clinton Global Initiative in 2008. She is a recurring judge for The Circulars at Davos (circular economy) and the Hult Prize (social entrepreneurship at college level).

Prior to JUCCCE she was an early-stage venture capitalist in Shanghai. In the 1990’s Peggy was recognized as an Internet pioneer on the cover of ‘Red Herring Hits’. She headed Channel A, one of the earliest e-commerce companies in Silicon Valley. Other executive positions in Silicon Valley included General Manager of Consumer Applications at Zaplet, a dynamic email communications platform, and VP of Marketing at SeeUthere.com. Peggy also served as a management consultant at McKinsey; a product manager for Internet Chameleon- the first Windows software that used a graphical user interface to surfing the Internet; a product manager for Symantec C++ and Norton OEM products, and a programmer on ISDN modems at Codex Motorola.

As the best-selling author of Mesmerize the Media: Maximize Your Impact With More Press, Peggy coaches women leaders on personal branding and transformational speaking. She brings about the rise of the Divine Feminine by strengthening the voices of women in the media.

She is a graduate of Massachusetts Institute of Technology in Electrical Engineering and Computer Science and completed a program in Global Leadership and Public Policy for the 21st Century at the Harvard Kennedy School of Government and a program at the Lee Kwan Yew School of Public Policy at the National University of Singapore.

Peggy keynotes around the world on lessons from how China is tackling the world’s toughest challenges: pollution, urbanization, epidemics, drought, obesity and diabetes. What can other societies can learn without becoming China? How can business leaders and individuals catalyze societal-scale change? 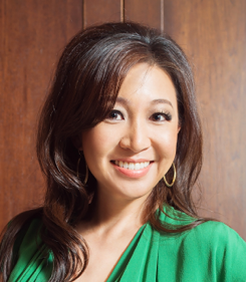 What people say about Peggy Liu

“Thank you for your enthusiastic, focused and impressively disciplined contribution to the high-level roundtable on “Prosperity for the billions in Asia and the Pacific: Green Growth and Poverty Reduction.”

“We had the pleasure of working with Peggy Liu at the B4E Global Summit 2011 in Jakarta. Peggy is a dynamic speaker and can address a wide range of topics relating to the environment and climate change. She has extensive knowledge of developments in China, both on the ground and at the policy level, and links this to the broader global agenda in a lively and engaging way.”

“Peggy is an inspirational role model to many in the industry. Peggy stands out for her compelling presentation of thought-provoking ideas and knowledge of the industry. Her showmanship and positive energy make any event memorable.”