Lijia Zhang is a rocket-factory-girl-turned writer, columnist and public speaker, and one of the few Chinese social commentators who write in English for international publications.

Lijia Zhang is a rocket-factory-girl-turned writer, columnist and public speaker, and one of the few Chinese social commentators who write in English for international publications.

Lijia was born into a poor working class family in Nanjing, on the banks of the Yangtze River. Excelled at school, she dreamt of becoming a writer and a journalist. In 1980, aged 16, Lijia was dragged out of school and put to work at a military factory that produced intercontinental missiles. It lasted for a decade. As an escape route, she taught herself English and took solace in literature.

Lijia arrived in England in 1990, and a childhood dream stirred. She studied journalism. Returning to China three years later, she started her career by helping foreign correspondents before becoming a journalist in her own right. It was a struggle to write stories in English, but compared to her western colleagues, Lijia believed that she had something different to offer: her insight into a culture that still remains largely unknown outside China. Her articles, usually commentary pieces on China’s social, cultural and political changes, have been published in The South China Morning Post, The Far Eastern Economic Review, Japan Times, The Guardian, Newsweek and The New York Times.

China Remembers, an oral history of modern China commissioned by Oxford University Press whetted her appetite for book writing. She went on to pen a memoir about her factory experience in the 80s’ which also reflected the great social transformation in China brought by the reforms and opening up. It enjoyed world-wide success.

Lijia then launched her first fiction project – Lotus, which tells the story of a young working girl, set in modern day Shenzhen, known as China’s ‘capital of sins’. Like the city itself, Lotus is torn between past tradition and modern desires. It was published by Macmillan in March 2017 and has been featured by BBC World Book Club.

In 2018, Lijia won Mulan Award to recognize her contribution to arts and literature.

She divides her time between China and the UK. 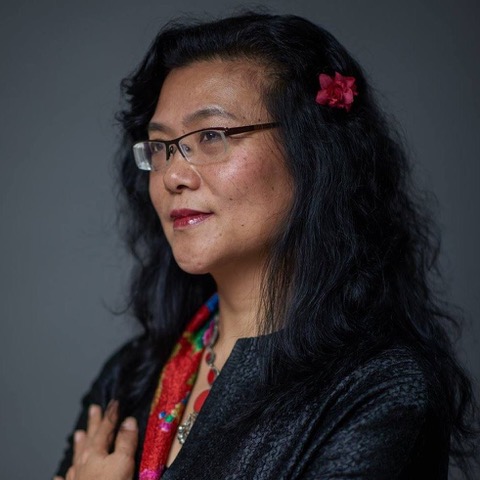 What people say about Lijia Zhang

“Love the candid sharing of her story and the humour she was able to relay, especially the spitting contest!!”

“Set against China’s breathless recent transformation, ‘Socialism is Great!’ offers a rare and intimate glimpse of a country and culture that are now reshaping our world.”

“Lijia Zhang’s Lotus, her debut novel, unfolds like a mystical Oriental fan.  All of the characters seem to be in various stages of awakening and decay, and suffering from various degrees of hopelessness and hopefulness all at the same time. What an insightful verdict against a society that seems to be spiraling out of control. One comes to love India because of Arundunti Roy’s God of Small Things, a Booker Prize winner, and one would surely love the hot and humid Southern China of her invention, through this brilliant novel. Both were debuts; both written in the most inventive prose. You will cry, and in the end, laugh in celebration not just of the winning characters, but Zhang’s true gift as an essential novelist of this world”