Author of The Leading Brain, Friederike is a trained neuropsychologist and certified coach, a popular speaker at live and virtual events and an internationally recognised leadership consultant,

Friederike Fabritius, MS, is a leading expert in the field of neuroleadership. As an executive coach and leadership specialist, she has extensive expertise working with top executives from Fortune 500 companies. Clients worldwide have raved about her brain-based seminars and coaching sessions.

Friederike is the award-winning author of the book “The Leading Brain: Neuroscience Hacks to Work Smarter, Better, Happier”, published by Penguin/Random House in 2017. The book has been translated into multiple languages and has won numerous awards.

A neuropsychologist by education, Friederike focuses on using solid scientific findings to help leaders increase their effectiveness. She is also an expert in brain-friendly learning. Friederike herself has used these methods to learn six languages that she now speaks fluently.

After starting at the Max Planck Institute for Brain Research and then continuing as a management consultant at McKinsey, Friederike now applies her unique expertise in leadership consulting, where she has empowered countless clients to reach their full potential and deliver peak performance at critical moments.

One of her most requested topics is based on her trademarked Fun, Fear and Focus® framework, which looks at the ’specific cocktail of neurochemicals, which when mixed correctly, leads to peak performence’.

Friederike serves on the council of Acatech, The German Academy of Technology, which advises the German government regarding new technology, digitalization, and artificial intelligence.

She’s the lead author of the book The Leading Brain: Neuroscience Hacks to Work Smarter, Better, Happier (Random House) which has been translated internationally and received numerous awards.

Building on the success of The Leading Brain in the workplace, Friederike is currently at work on a new book on the neuroscience of diversity. 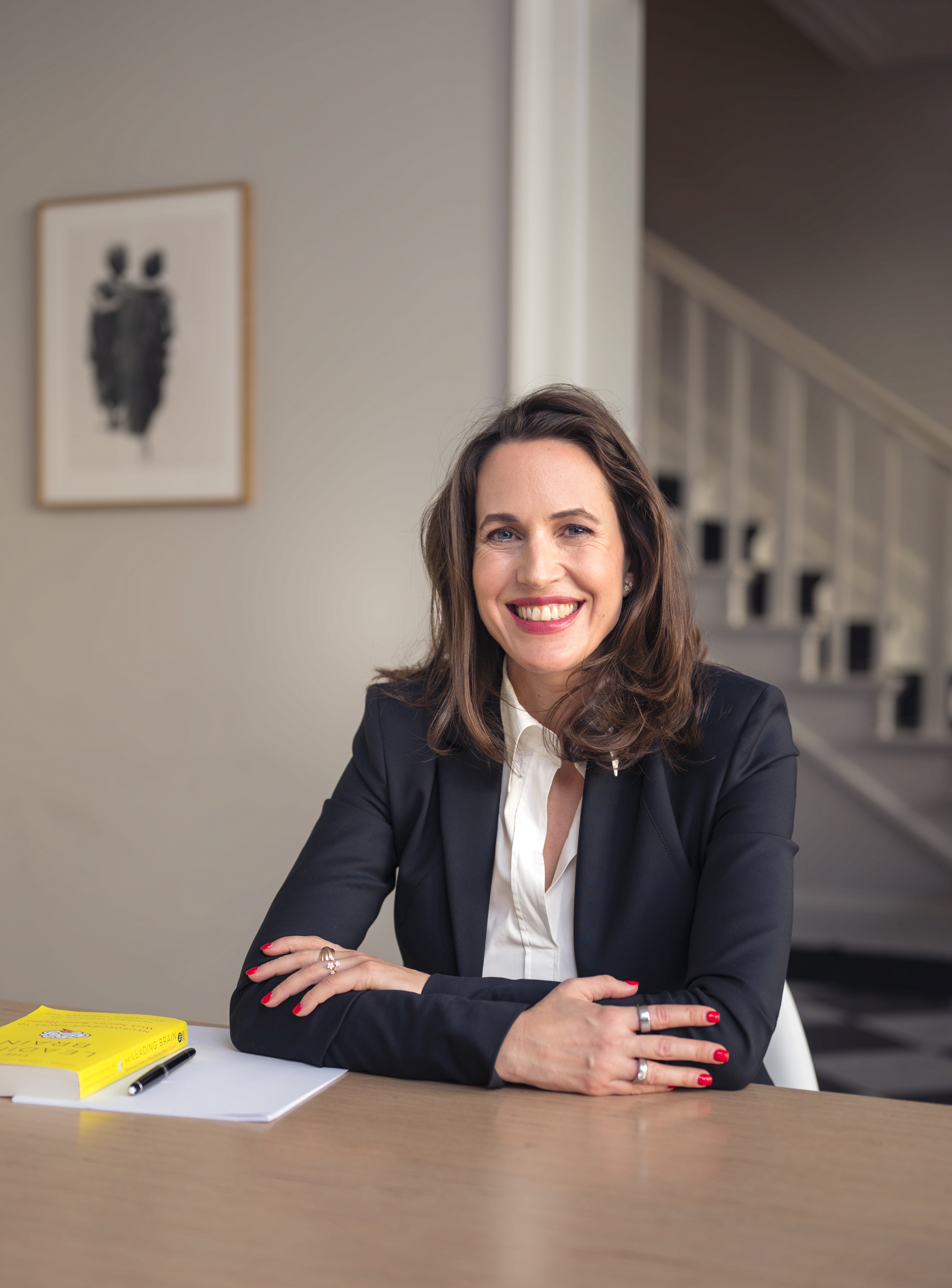 What people say about Friederike Fabritius

“Friederike Fabritius took us on a fascinating journey into the human brain and helped us understand how to use the discoveries of neuroscience in the daily management of ourselves, our teams. and our organizations. Her stage energy, incredible passion and impressive knowledge hypnotized the participants of our conference and led to a completely different view on many issues related to leadership.”

“Friederike led a session for senior partners from over 50 countries that was very powerful – insightful and academically grounded yet very digestible and practical. It was a fascinating subject that was beautifully presented.”

“Mrs. Fabritius was invited as a keynote speaker to our annual management conference. She focused on creativity, our innovative capacity, and on the power of the organization. For the participants, it was a real eye-opener to examine these corporate subjects from the perspective of behavioral research, neuroscience and psychology. I was impressed by how Mrs. Fabritius was able to take her many years of experience in the field of behavioural research and psychology and apply them so well to a business context.”