A trailblazing business leader, who has driven success and transformation in a range of high-profile roles in the public, private and third sector.

The first female controller of BBC 1, Lorraine led the channel to become the most popular in Britain, overtaking its main competitor, ITV1, for the first time. With an annual budget of £1billion, she revamped Saturday nights introducing flagship hit shows including Strictly Come Dancing and the new Dr Who. She also brought additional dramas into the schedule many of which became long running series such as Spooks and Waking the Dead.

Moving on to become CEO of TalkbackThames, her creative leadership and exceptional ability to motivate talent (to drive commercial success) revitalized the programming portfolio and saw the introduction of a new digital division. Her tenure also included the introduction of hit entertainment shows, including Britain’s Got Talent and Take Me Out, and resulted in profits increasing by over 50% in her first two years.

In 2012, in search of a new challenge, she secured private equity investment for her vision to build a new independent production group through a combination of acquisitions and backing start-ups. As Executive Chair, Lorraine led Boom Pictures through several deals in quick succession to build the 7th largest independent production company in Britain (worth c£100 million with offices worldwide).  It was subsequently acquired by ITV in 2015 and renamed Two Four Group.

More recently Lorraine was CEO of The Royal Foundation of the Duke and Duchess of Cambridge and the Duke and Duchess of Sussex. With a brief to professionalize and grow the Foundation, she helped develop and refine its unique model that incubates initiatives to tackle some of today’s biggest challenges. Thisincluded mental health – through the Heads Together campaign – and supporting wounded, sick and injured veterans.

A Fellow of the Royal Television Society and frequent judge for BAFTA and the RTS, Lorraine continues to act as an external advisor to Channel 4’s Growth Fund – set up to invest in small to medium sized production companies. She is also Chair of the Grierson Trust, which celebrates and promotes documentary excellence through its annual awards and opens doors to the industry for young people from diverse backgrounds whose voices might otherwise not be heard. 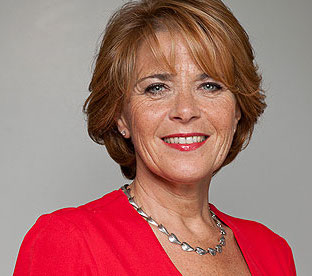 What people say about Lorraine Heggessey

“Great story-teller and really interacted with her audience.”

“Brilliant and engaging, nailed the points about leadership. Very clear in her messages. A lot of humour and honesty!”