Dan Buettner discovered the five places in the world where people live the longest, healthiest lives – the blue zones. Now he is working with communities and governments to implement Blue Zone Projects, initiatives that apply lessons from the Blue Zones to entire communities.

Dan Buettner is an explorer, New York Times bestselling author, National Geographic Fellow, award winning journalist and producer. He discovered dubbed blue zones hotspots, the five places in the world where people live the longest, healthiest lives. Moreover, his articles about these places are most popular for both The New York Times Magazine and National Geographic.

Buettner now works together with large employers, health insurance companies and municipal governments to implement Blue Zones Projects in workplaces, universities and communities. Blue Zones Projects are well-being initiatives that apply lessons from the Blue Zones to entire communities. This is done by focusing on changes to public policy, social networks and local environment. Furthermore, the program has dramatically improved the health of more than 5 million Americans to date.

His new book “The Blue Zones Challenge: A 4-Week Plan for a Longer Better Life” is a four-week guide and year-long sustainability program. The book will help you jump-start your journey to better health, happiness, less stress, and longer life.

To find the path to long life and health, Dan Buettner and his team study the world’s “Blue Zones,” communities whose elders live with vim and vigor to record-setting age. In his talk, he shares the 9 common diet and lifestyle habits – Power 9® – that keep them spry past age 100. What should you be doing to live a longer life? Dan Buettner debunks the most common myths and offers a science-backed blueprint for the average American to live another 12 quality years.

The Blue Zones of Happiness

What makes us happy? Most people are misguided or just plain wrong. Living our best life involves optimizing how we evaluate our life, how we experience it from day to day and how to live out our purpose. Following the model he pioneered with Blue Zones of Longevity, Buettner worked with Gallup to identify the happiest regions of the happiest countries in the world and distilled their lessons. He also drew from data that represents 95% of the world’s population and a consensus of the world’s top experts to debunk some commonly believed myths. Using stunning National Geographic photography, Dan brings the stories and concepts to life, offering an evidenced-based, long-lasting strategy to set up your life to live your happiest life.

The Making of a Healthy City

In 2009, Albert Lea, Minnesota, a statistically average American city, completed a one-year community health experiment that raised life expectancy by three years, trimmed a collective 12,000 pounds off waistlines and dropped healthcare costs of city workers by some 40% – and they’ve continued to sustain the results. Harvard’s Dr. Walter Willett called the results “stunning”. Hear how one typically unhealthy American city reversed the trend, re-shaped their environment to live longer, better, and boosted happiness. They got healthier without thinking about it.

What people say about Dan Buettner

Dan was one of the highlights at our quarterly company meeting. Employees described him as ‘eye opening’ and awesome!

I have rarely seen a speaker who is as comfortable up on stage giving his presentation as Dan Buettner, plus he felt fresh and excited about the material.

With 98.6% of attendees rating his ‘Excellent’, Dan was our best speaker ever. 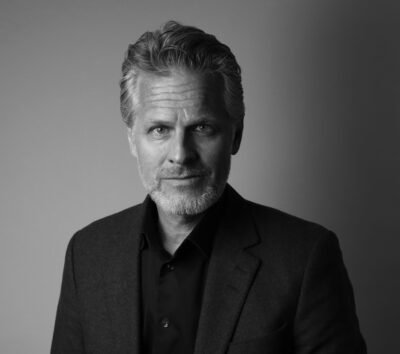