An Amsterdam based international keynote speaker, moderator and teacher. She presents globally on her own generation: Gen Z. She was selected by ‘Het Financieele Dagblad’ as one of the 50 promising talents in 2019 on their annual Young Talent List.

Lecyca’s roots trace back to the islands of Sulawesi and Curaçao. Her multi-cultural identity and connection to her ancestral history translate into her current practices as she continuously strives for cultural diversity, inclusion and mutual understanding.

Building bridges between the corporate world and the next generation, Curiel currently works as a Generation Z keynote speaker for international think thank WHETSTON / strategic foresight. As a seventeen-year-old teenager, she was scouted by internationally renowned keynote speaker, and founder of Whetston, Thimon de Jong. Over the past few years, Lecyca has showed to have the stage presence and charisma to keep any (large) audience on the edge of their seats. As a Think Tank Member and Keynote Speaker she now has been researching and delivering presentations on the subject of her own generation for the past few years. Among others, Curiel spoke for international Walmart presidents in Silicon Valley, the Fred Leadership Forum in New York and the International SPAR congress in Ljubljana.

In 2016, the US embassy The Hague offered Lecyca a scholarship for the Women2Women conference in Boston, where she has been an annual intern thereafter. Women2Women is an International Leadership Conference that unites 100+ girls from all around the world in Boston, and gives them a platform to develop, present, and implement action plans that solve pressing problems in their home countries. In 2018, Lecyca was part of the first Women2women delegation invited to the UN Women headquarters, representing the Netherlands in a conversation about ending violence against women and girls and promoting gender equality in humanitarian settings. Furthermore, Lecyca is part of the 2019 cohort of the Humanity in Action Amsterdam Fellowship for which she partook in an intensive summer program committed to social justice around the globe.

On Sundays, Lecyca teaches children from underprivileged neighborhoods at the IMC Weekendschool, of which she is an alumna herself. As an ambassador of the organization she finds it vitally important to provide every student with the skills, knowledge and audacity that are needed to find a place in society that matches their capacities.

From corporate audiences in Silicon Valley to students at the Amsterdam Fashion Institute. Lecyca uses education, media and public speaking to contribute to a more inclusive society, create a complete narrative, and challenge people’s reference frameworks. 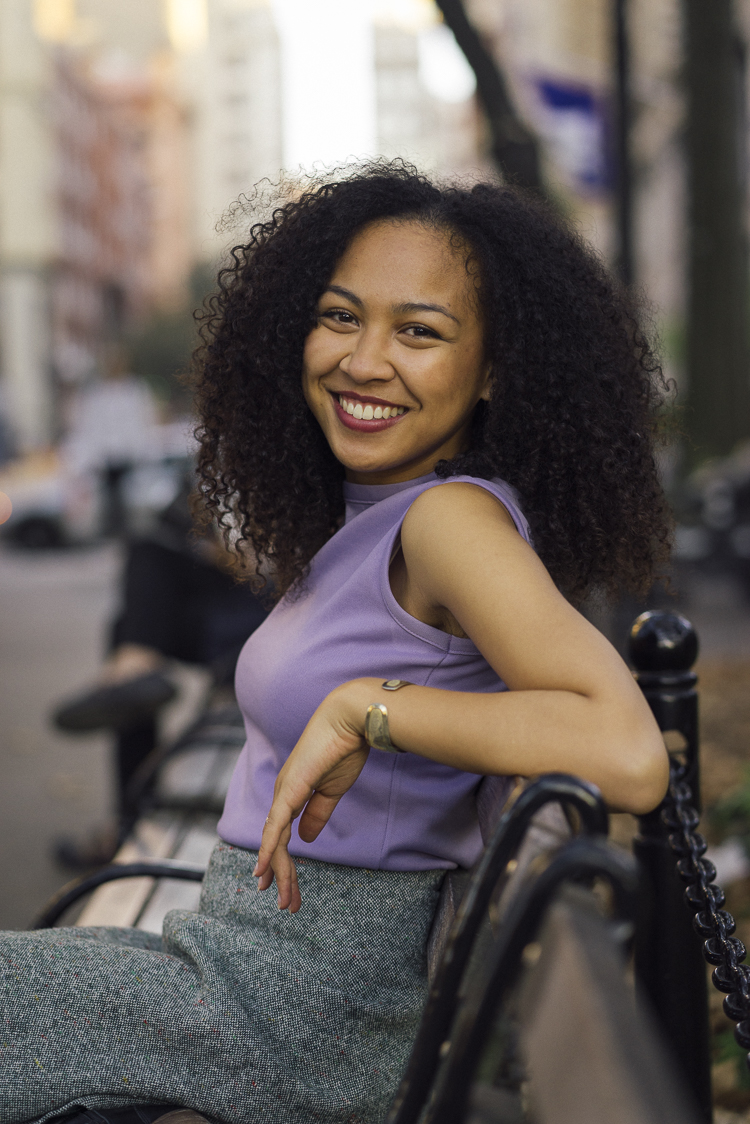 What people say about Lecyca Curiel

“Loads of great feedback from our delegates on the Gen Z presentation!”

“Lecyca Curiël did a wonderful presentation at Institute for the Future, for a meeting of international presidents of one of the world’s largest corporations. Beyond just presenting, she led a great conversation with these very senior executives about what to expect from young people less than 22 years old as they enter the workplace. Lecyca is a powerful and personable presence!”