A former All Blacks rugby star is an outstanding motivational and team building speaker with extensive media experience. His presentations are inspiring, amusing, stimulating and captivating.

Sean Fitzpatrick is the world’s most capped hooker and one of the most capped All Blacks. Sean made his international debut in 1986 and in 1987 he took part in the inaugural World Cup when he enjoyed one of his best-ever rugby moments as the All Blacks went on to win the tournament final in Auckland against France. He was appointed Captain in 1992 and went on to have a stunning impact in first class rugby. Throughout his career, he played a total of 92 test matches of which a world record 63 was played consecutively. He also holds the record for the most Test matches as an All Black captain.

As a rugby player Sean was known for his tough and uncompromising play alongside his excellent handling skills, his accurate lineout throws and his knack for being at the right place at the right time. He played his 92nd and last international on November 29, 1997.

As well as continuing his professional rugby career as a consultant to the NZ RFU, Sean is also a Promotions Manager for Coca-Cola. He was awarded the New Zealand Order of Merit by the Governor General in 1997. In March 1999 Sean was appointed as ‘Rugby Consultant’ to the NZ RFU responsible for player development and liaison. At the end of 1999, Fitzpatrick was named as hooker in Rugby World magazine’s Team of the Century.

Sean who is now based in the United Kingdom is also an analyst for the BBC and Sky Sports and a regular columnist for The Sunday Times.

Sean is also a Founding Member of the Laureus Sport for Good Foundation (an international organisation whose mission is “to fund and promote the use of sport as a conduit for social change throughout the world”). Sean is an ambassador for the Variety Club of New Zealand and is actively involved with charity work for Ronald McDonald House & the Starship Children’s Hospital.

One of the most durable rugby union players of all time, Sean’s experience both on and off the field makes him an inspirational leader and fantastic keynote speaker where his phenomenal skill to motivate is passed onto those who meet him. He is also an excellent and humorous after dinner speaker recounting anecdotal stories from his life as a rugby player and now in the media. 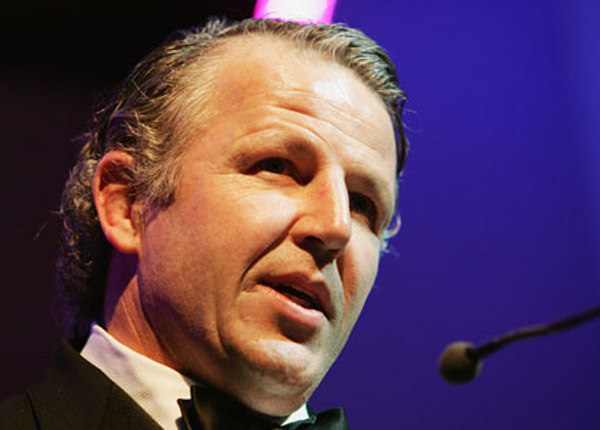 What people say about Sean Fitzpatrick

“Sean did an excellent job in engaging with our executive team and ensuring his speech supported our specific goals as a business.”