Rita Gunther McGrath is a world-renowned thought leader and a professor at Columbia Business School, where she directs the popular Leading Strategic Growth and Change program.

Rita is widely recognised as a premiere expert on leading innovation and growth during times of uncertainty.

In her speeches and consulting, Rita works with Fortune 1,000 companies, helping boards, CEOs, and senior executives act strategically in rapidly changing and volatile environments. She has received the #1 achievement award for strategy from the prestigious Thinkers50 and has been consistently named one of the world’s top ten management thinkers in its bi-annual ranking.

Rita is recognized as one of a small group of experts who have built today’s best-in-class innovation practices, and her tools for making innovation a managed proficiency was integral to the foundation of the “lean startup” movement. In 2009, she was elected as a Fellow of the Strategic Management Society in recognition of her impact on the field. She has also been elected as a Fellow of the International Academy of Management and has received the “Theory to Practice” award at the Vienna Strategy Forum.

Rita is the author of the best-selling The End of Competitive Advantage (Harvard Business Review Press, 2013) and the upcoming Seeing Around Corners: How to Spot Inflection Points in Business Before They Happen (Houghton Mifflin Harcourt, Sept. 2019). She has written three other books, including Discovery Driven Growth, cited by Clayton Christensen as creating one of the most important management ideas ever developed.

Rita is a highly sought-after speaker at exclusive events around the globe, including the Global Peter Drucker Forum and various CEO summits. She regularly contributes articles and perspectives in business-oriented publications such as Fast Company, the Wall Street Journal, and Fortune.  One of the most published authors in the Harvard Business Review, Rita’s writing includes the breakthrough article “Discovery Driven Planning” (1995).

Her work is often cited in the press, including The Wall Street Journal, The New York Times, The Washington Post, the Financial Times, CNN Business, and NPR’s Marketplace. She has been rated one of the 25 smartest women to follow on Twitter by Fast Company and was voted HR Magazine’s “Most Influential International Thinker.”

Rita is the founder of Valize, a company focused on helping organizations go beyond innovation theater by developing tools to implement the Discovery Driven Growth approach.

Previously in her career, Rita served as an IT director, worked in the political arena, and founded two startups. She received her Ph.D. from the Wharton School (University of Pennsylvania) and has degrees with honors from Barnard College and the Columbia School of International and Public Affairs. She is married and is proud to be the mother of two delightful grownups. For more information, visit RitaMcGrath.com. 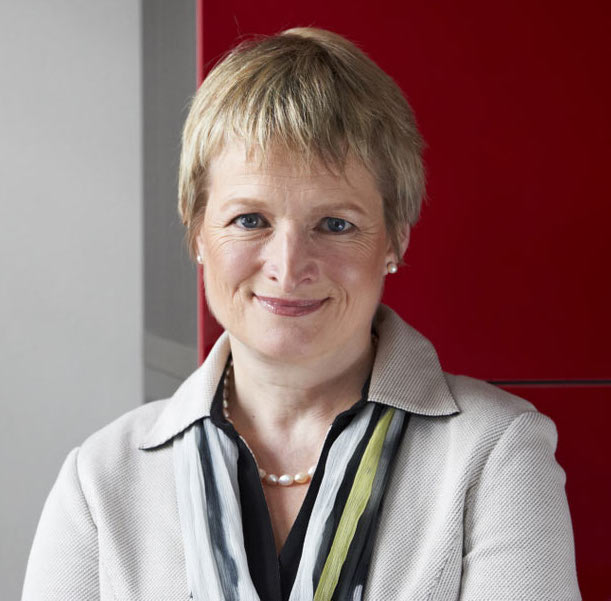 “An exceptional instructor, Rita has the ability to take complex topics and make them understandable and applicable. Her sessions prompt such lively discussions that time flies, literally!”

“The fact that we ran over and had to forcibly eject our guests is reflective of how engaging the conversation was at the event. I can’t thank you enough.”

“You know a presentation was good when you can’t wait to get back to work and make some changes.”