An international branding expert and inspiring business leader who defines a brand as an “organising idea to set you apart from the competition”.

Rita Clifton is an engaging speaker on subjects as diverse as innovation, leadership, corporate reputation, communicating sustainability and nation branding.

On graduating from Cambridge, Rita Clifton began her career in advertising, working at DMB&B and later at J Walter Thompson. She joined Saatchi & Saatchi in 1986 and worked with a wide range of the agency’s high profile clients – including British Airways, Procter & Gamble, 3i, Campbell’s Foods, The British Army, Visa International, PowerGen, Schweppes and BT. She was promoted to Director of Strategic Planning in 1992, and to Vice-Chairman & Executive Planning Director in 1995.

In 1997, Rita was invited to join Interbrand, the world’s leading brand consultancy and pioneer of Brand Valuation, as Chief Executive in London. In January 2002 she became Chairman. In her time at Interbrand, she has introduced a range of new services, including internal brand management, digital branding, brand equity tracking and brand futures. Recent clients have included NM Rothschild, Marks & Spencer, The John Lewis Partnership, Barclays, BUPA, London Development Agency, the Red Cross and P&O.

Rita joined the board of Dixons Group plc (now DSG international) as a non-executive director in September 2003, and became non-executive Chairman of Populus, the opinion pollster to The Times, in September 2004. In 2006, she was appointed Visiting Professor at Henley Management College and most recently, she was appointed a trustee of WWF (Worldwide Fund for Nature).

She has been a member of the Government’s Sustainable Development Commission and is on the Assurance and Advisory board for BP’s carbon offset programme ‘targetneutral’. She is currently a fellow of the Royal Society for Arts and of the Marketing Society, a member of the Marketing Group of Great Britain, the Market Research Society, the Account Planning Group and the Institute of Practitioners in Advertising. She has chaired several industry committees, including the Code of Advertising Practice to Children, and sits on the Duke of Edinburgh’s Award Business Advisory Panel.

Rita has been voted one of the 75 Women of Achievement in the fields of advertising, media and marketing over the past 75 years, and has been named in the ‘Power 100’ list by Marketing magazine. In 2006, she was short-listed for the Credit Suisse Outstanding Business Woman of the Year Award.

She has been a columnist for The Observer, Marketing Week, Admap and Retail Week and a reviewer for Management Today and the Financial Times. Her writing has included Interbrand’s book ‘The Future of Brands’, the APG’S ‘How to Plan Advertising’ and most recently The Economist book ‘Brands and Branding’ .

She is in great demand as a speaker at conferences around the world on subjects as diverse as innovation, leadership, corporate reputation, communicating sustainability and nation branding amongst many others. 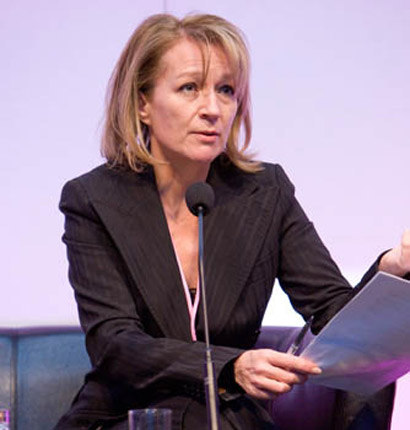