One of the world’s leading business, branding & culture transformation experts

Martin Lindstrom the chairman of Lindstrom Company, is one of the world’s foremost branding and business transformation experts and author of 8 New York Times best-selling book translated into 47 languages and sold well over one million copies. Lindstrom is an acclaimed keynote speaker, and a frequent speaker at the World Business Forum, the World Economic Forum and almost every major industry conference worldwide for tech leaders such as CISCO, SAP, Gartner, Microsoft, Amazon, Google to conventional brands such as the Coca-Cola Company, LEGO, Kraft Heinz, Disney and IKEA.

Lindstrom was selected as one of the world’s 100 most influential people by TIME and for three years running. Thinkers50 has selected Lindstrom to be among the world’s top 50 business thinkers since 2018.

He is the author of seven books including several New York Times bestsellers that have been translated into 60 languages. The Wall-Street Journal praised his book Brand Sense as “one of the five best marketing books ever published,” and his book Small Data as “revolutionary,” and TIME called his book Buyology “a breakthrough in branding.”

Obsessed with Lego as a boy, he was asked onto the advisory board and given his own brick setting his path into the world of products and branding when he was twelve years old. Despite the many social media bridges to the consumer, Martin feels the corporate world today is only interacting with consumers on a superficial level and he has begun to advocate a more respectful form of marketing.

In 2006 he launched the Brand Sense agency which put into practice his ground breaking vision for a multi sensory branding which goes beyond the visual to involve all the senses. In his book of the same name he reveals that the particular smell of a new car is actually manufactured and that one airline has patented its own cabin scent.

Martin Lindstrom writes frequent articles for TIME Magazine, Harvard Business Review and a column for Fast Company. He has been on NBC’s Today show and has appeared on ABC News, SKY, and the BBC. In 2011 he appeared in Morgan Spurlocks movie documentary The Greatest Movie Ever Sold and has been on Americas Next Top Model.

He is the founding partner and Chairman of the Board of Buyology Inc. Hired by global Fortune 100 brands as well as brands that might have lost their way- his unconventional consulting might involve a 48 hour boot camp or time in the field with consumers. Martin has written more than 1000 articles on branding that have been published in more than 100 countries. He has presented to more than 7 million people on branding, across 60 countries and has travelled more than 1 million miles a year.

Awarded by Fast Company as one of the world’s top speakers on Business Transformation and Branding – Martin Lindstrom’s keynotes whether in-person or virtual are in a league on their own. Thought-provoking, practical while highly entertaining, they are packed with cases, captivating videos, sounds and impactful visuals. 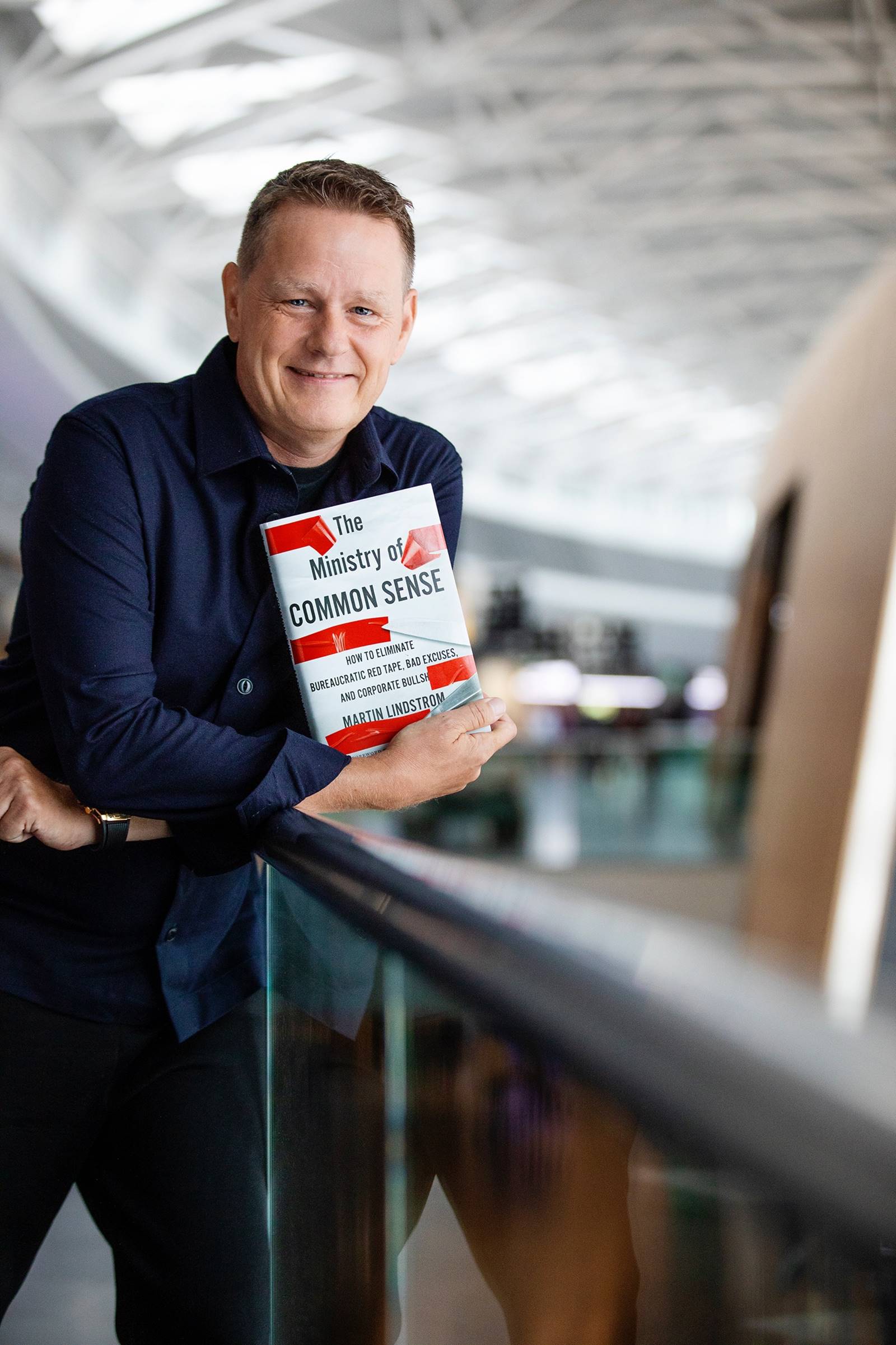 POST-COVID 19: Rethink consumers = Rethink businesses.
CULTURE: Leadership, Innovation, and the Surprising Truth of Human Motivation.
TRANSFORMATION: The Disruptor’s Agenda – Unleashing the Innovators.
FUTURE: Wired and Dangerous – How Your Customers Have Changed and What to Do About It.
HYPERGROWTH: How to Keep Your Company in Start-up Mode.

What people say about Martin Lindstrom

“Martin is a dynamic speaker who brings home the reality of how people really think and what’s important to them.”

“An exceptional intellect and entertainer. Martin both inspired me & made me uncomfortable about the role of marketing.”

‘He has a lively, fun and slightly irreverent approach that keeps the interest going with his audiences.’

Asking big questions about technologies that are shaping the future