Explorer, innovator and collaboration catalyst well-known for being the first blind person to race to the South Pole.

Mark was a world class rower when he lost his sight in 1998.   Getting back to competitive sport was an essential part of rebuilding his identity after it took the blow of blindness. Shortly after getting back in a boat with his sighted crew mate, Brendan Smyth, he took home silver and bronze medals rowing in the Commonwealth Games.  He also went on to compete in ultra endurance races across deserts, mountains, and the polar ice caps including being the first blind person to race to the South Pole.

In July 2010 the challenge chose Mark.  In a tragic fall from a second story window, he broke his back and was left paralysed from the waist down. Now Mark is  living his own lessons,  working on how to overcome this second blow.  He is now exploring the frontiers of spinal cord injury recovery combining an innovative electrical stimulator over his spinal cord and a drug super-charging his nervous system, whilst walking hundreds of thousands of steps in his Ekso Bionics robotic legs.

Through the Mark Pollock Trust (www.markpollocktrust.org) he is on a mission to find and connect people around the world to fast-track a cure for paralysis. He trains daily on his legs to challenge conventional wisdom that says his central nervous system cannot recover.

Selected by the World Economic Forum as a Young Global Leader, Mark is on the Board of the Christopher and Dana Reeve Foundation (USA) and is a Wings for Life Ambassador (UK). He is the subject of the acclaimed documentary called Unbreakable, is a TEDx Hollywood Speaker  and is co-Founder of the global running series called Run in the Dark (www.runinthedark.org).

Mark understands human performance and uses his hard-earned expertise to help people in business achieve more than they thought possible.

Described as “a story of courage, determination and hope”, Mark’s story has featured in the media worldwide. The subject of the internationally reviewed documentary “Blind Man Walking” he also presented the Paralympic Games documentary “Beyond Limits”. Mark has  been awarded an honorary doctorate from Queens University and is author of the book “Making It Happen”, which offers insights into his experience about dealing with blindness and emerging even stronger at the far side, ready to face the world’s toughest challenges.

Mark uses his experiences to detail how we can make things happen for ourselves.  The three pillars of the book are recognising the facts, taking action, and building a team.  A central principle running through the book is that before you can move forward you must first recognise the current reality of your situation.

He has been awarded honorary doctorates by The Royal College of Surgeons in Ireland and also from Queens University Belfast. And, he holds a diploma in Global Leadership and Public Policy for the 21st Century from Harvard University, degrees from Trinity College Dublin and The Smurfit Business School.

As a speaker at corporate events he is a high-impact catalyst.  Mark’s story moves people from making excuses to making it happen, and he is valued by his clients as a speaker whose impact is felt in the business long after the conference. 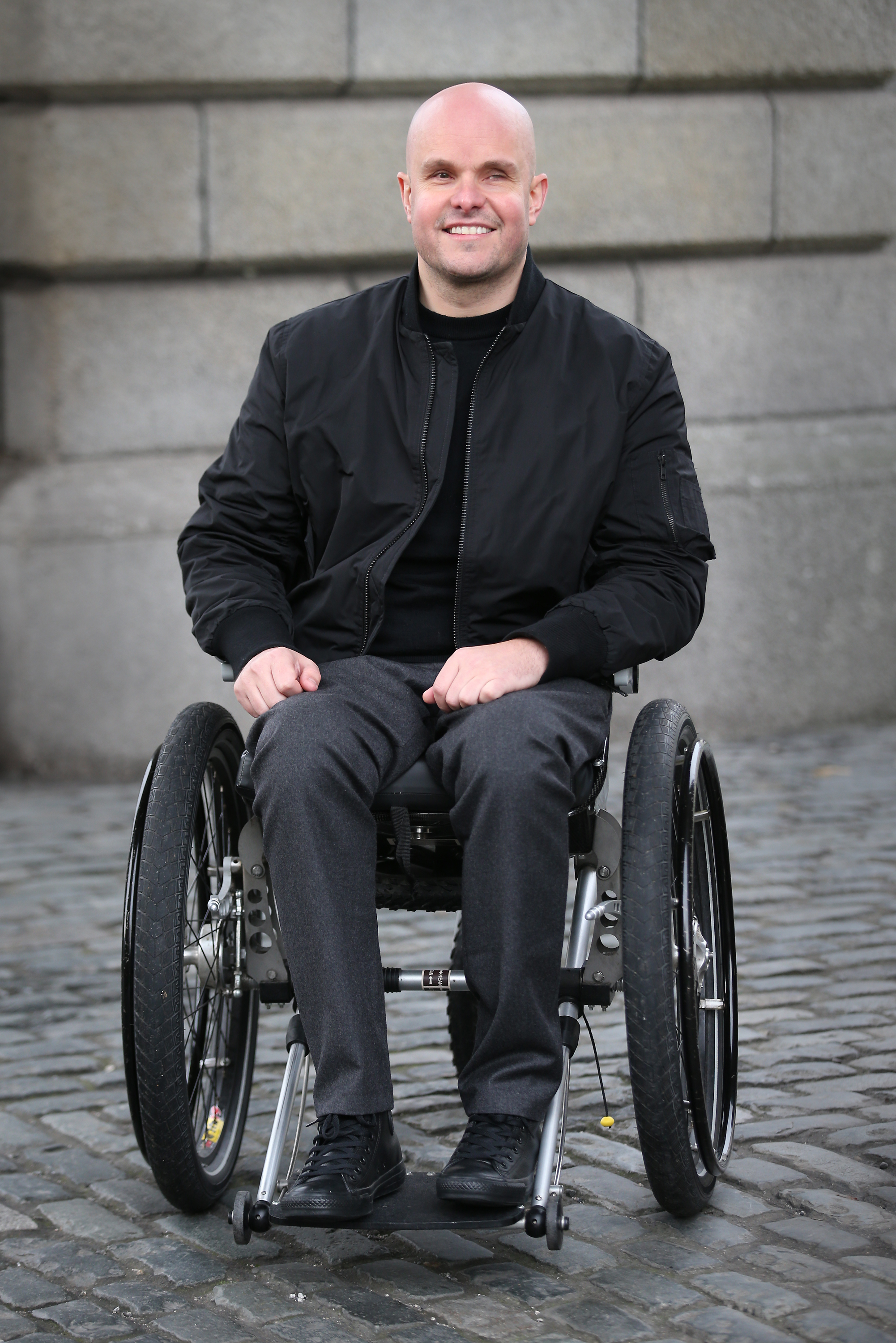 What people say about Mark Pollock

“Mark held a room of over 400 people and you could not hear a pin drop – his messages on continuously reinventing yourself and using challenges to define your future was done in an engaging, perceptive, inquisitive and humorous way.”

“Mark’s ability to link his personal story to people’s everyday life and work challenges was excellent. The session was not just about listening to an incredible story, it was a chance for everyone to really think about themselves. There is something in this talk for everyone.”

“Mark’s message of resilience, leadership and collaboration really resonated with our dynamic, international team. And, his ability to balance both the darker and lighter sides of his life experiences prompted us to think about how we approach our challenges.”