One of the world’s most famous trend researchers. She analyzes moods, fashions and feelings and translates them into trends. Famous for her lively and inspiring speeches, her highly innovative and unusual audiovisuals has a huge impact on what the products of tomorrow will be.

Li announces the concepts, colours and materials which will be in fashion two or more years in advance because, “there is no creation without advance knowledge, and without design, a product cannot exist.” In this way, she and her closely-knit teams orientate professionals in interpreting the evolution of society and the foreshadowing signals of consumer tastes to come, without forgetting economic reality.

The Dutch-born Edelkoort studied fashion and design at the School of Fine Arts in Arnhem, and upon graduation became a trend forecaster at the leading Dutch department store, De Bijenkorf. There, she discovered her talent for sensing upcoming trends and her unique ability to predict what consumers would want to buy several seasons ahead of time. This brought her to Paris in 1975, working first as an independent trend consultant and soon creating Trend Union, the go-to source for trend forecasting for the fashion, beauty, retail, automotive, consumer-electronics and interior-design industries. Twice a year with Trend Union, Li tours the world to present her fashion and interiors trends audiovisuals, starting in Paris and then visiting Stockholm, Copenhagen, London, Amsterdam, Tokyo, New York, Los Angeles, Sao Paolo, Capetown and more. Li also makes trend presentations upon request for companies, industry associations or institutions. With her team, Li has created trend forums and audiovisuals which have remained imprinted in the minds of the textile and design community through installations for Première Vision in the 90’s and more recently for Pitti Filati, Pratotrade and Moda Pelle.

Since she has been nominated as Chairwoman of the Design Academy Eindhoven, this already well-known institution has gained reputation with her vision on the future of education coupled with her knowledge of design and industry. Exhibitions are regularly organized in Eindhoven with the Graduation Show or during major events such as Milan’s Salone del Mobile.

Expressing her increasing involvement in art and design, Li also curates exhibitions such as The Archeology of the Future in Paris and at Designhuis in Eindhoven The Netherlands, or World of Folk in Stavanger Norway.

Li’s work has evolved into humanitarianism with the Heartwear foundation and ATA Europe, and curatorship as she delves into the art and design domain illuminating museums around the world, such as ARMOUR in the Netherlands (2003), Skin Tight: the sensibility of flesh at Chicago’s MCA (2004), North meets South at Centre Culturel Suédois, Paris (2005) and Stockholm’s Nordiska Museet (2006).

In 2003, TIME magazine named her as one of the world’s 25 most influential people in fashion, while she received the Netherlands’ Grand Seigneur prize one year later for her work in fashion and textile. In 2005, Aid to Artisans honoured her with a lifetime achievement award for her support of craft and design and in 2008 was awarded Chevalier des Arts et des Lettres by the French Ministry of Culture and Communication in recognition of her artistic and literary creative contribution to culture in France and internationally.

She continues to receive recognition for her work in providing inspirational stimulus and fostering creative talent. 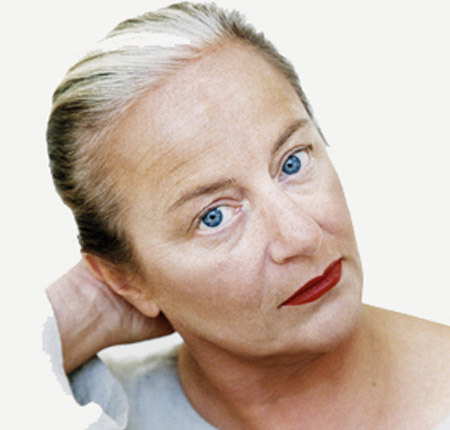 What people say about Li Edelkoort

“One of the world”s most influential people in fashion”