A former Irish Prime Minister (Taoiseach), who helped transform the Irish economy into the “Celtic Tiger,” one of the fastest growing economies in the world.

John Bruton is a former Irish Prime Minister (Taoiseach), who helped transform the Irish economy into the “Celtic Tiger,” one of the fastest growing economies in the world in 1997.

John Bruton was also deeply involved in the Northern Irish Peace Process leading to the 1998 Good Friday Agreement, under whose terms a conflict of allegiances dating back to the seventeenth century was resolved.

While Prime Minister, Ambassador Bruton presided over a successful Irish EU Presidency in 1996 and helped finalize the Stability and Growth Pact, which governs the management of the single European currency, the Euro.

Mr. Bruton addressed a joint session of the US Congress on September 11, 1996, as only the 30th head of state or government of an EU country to do so since 1945. He was probably the only President in office of the European Council to have addressed a joint session of Congress. Further, he represented the EU at Summit meetings with the President of the United States and with the Prime Ministers of Canada, Japan, China, and Korea.

Before being appointed Ambassador to the United States, John Bruton served as a leading member of the Convention that drafted the proposed European Constitution, which was signed in Rome on October 29, 2004. He strongly supported proposals to give the general public a more direct say in the choice of EU leadership by allowing the public of the 27 EU Member States directly to elect the President of the European Commission.

From 1999 until his appointment as Ambassador, he was one of ten Vice Presidents of the European People’s Party, which brings together the leadership of 74 European political parties, many of whom are in Government in their countries.

In 2004, John Bruton became European Union Ambassador to the United States and served in that capacity until 2009.  While there he met with the President and former Presidents of the United States and visited with governors, mayors, business leaders and students in over 20 US states to explain that the expanding European Union is good for the US economy and good for American jobs. In Washington, DC, Ambassador Bruton has had one-to-one meetings with over 250 Members of Congress to explain major EU developments and discuss the importance of the EU-US relationship in matters of trade, counterterrorism, public health, energy, the environment and the promotion of peace, democracy and human rights around the world.

He was first elected to the Irish Parliament (“Dáil Éireann”) in 1969 at the age of 22 as a member of the Fine Gael Party, becoming Party Leader in 1990 and leading it into government in 1994.

As Minister for Finance, he began the task of overcoming a major budget deficit crisis for Ireland in 1981 and made proposals to overhaul budgetary procedures to allow long-term planning and a realistic appraisal of the choices facing legislators.

As Minister for Industry, he prepared and had enacted into law the comprehensive industrial development legislation, which underpins Irish growth to this day, and undertook a major overhaul of Irish company law. He resigned his seat effective November 1, 2004, to take up his appointment as EU Commission Head of Delegation in the United States.

He was born in 1947 and graduated from University College Dublin with a Bachelor of Arts degree in economics and politics in 1968 before studying to become a barrister. He was called to the Bar of Ireland in 1972. He holds Honorary Degrees from Memorial University of Newfoundland and the National University of Ireland. He is married to Finola Bruton and has 4 adult children.

He was Chairman of IFSC, a private-sector body set up to develop the financial services industry in Ireland from 2010 to 2015.

Currently, he is a member of the boards of Ingersoll Rand, the Irish Diaspora Loan Origination Fund, PIMCO Ireland based funds, the Irish Institute for International and European Affairs, and the Centre for European Policy Studies.

He is chairman of the Public Interest Oversight Body of Deloitte in Ireland .. Additionally, he acts as an advisor to Fair Observer, focusing mainly on the areas of politics, finance, and economics, as well as on issues pertaining to Europe.

He has a unique insight into the processes surrounding the United Kingdom’s proposed exit from the European Union, and of the economic policy of the Euro. 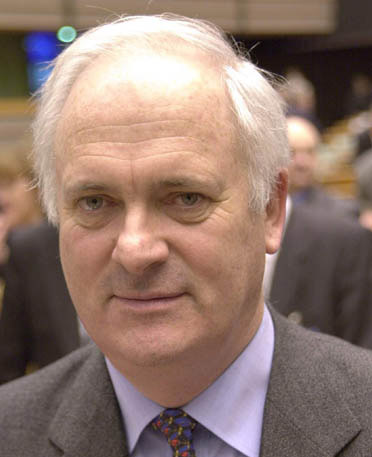