Author, Economic and Social Theorist, Advisor to the European Union and Heads of State, and President of the Foundation on Economic Trends

Jeremy Rifkin is the author of 20 bestselling books about the impact of scientific and technological changes on the economy, the workforce, society, and the environment. The books have been translated into more than 35 languages. His most recent books include the international bestsellers, The Zero Marginal Cost Society (2014), The Third Industrial Revolution(2011), The Empathic Civilization (2010), The European Dream (2004), The Hydrogen Economy(2002), The Age of Access (2000), The Biotech Century (1998), and The End of Work (1995).

He has been an advisor to the leadership of the European Union since 2000. He has advised three presidents of the European Commission – Romano Prodi, Jose Manuel Barroso, and the current President, Jean-Claude Juncker – as well as the European Parliament, and numerous EU heads of state, including Germany’s Angela Merkel, on the ushering in of a smart green Third Industrial Revolution economy.

Mr. Rifkin’s New York Times bestselling book, The Third Industrial Revolution, provided the blueprint for the economic transition to a post-carbon ecological society across the European Union. According to The European Energy Review, “perhaps no other author or thinker has had more influence on the EU’s ambitious climate and energy policy than the famous American ‘visionary’ Jeremy Rifkin.” In the words of Vice Chancellor and Economy Minister of Germany, Sigmar Gabriel, Jeremy Rifkin “is the economic and ecological worldwide ambassador of the energy transition… Rifkin presents a grand scenario for the future: a visionary approach unlike anyone has dared to put forward in the last fifty years that will boost our thinking and help with our orientation.”

Mr. Rifkin is also advising the leadership of the Peoples Republic of China on the build out and scale up of the Internet Plus Third Industrial Revolution infrastructure to usher in a sustainable low-carbon economy. The Huffington Post reported from Beijing in 2015 that “Chinese Premier Li Keqiang has not only read Jeremy Rifkin’s book, The Third Industrial Revolution, and taken it to heart. He and his colleagues have also made it the core of the country’s thirteenth Five-Year Plan…” The Huffington Post goes on to say that “this blueprint for China’s future signals the most momentous shift in direction since the death of Mao and the advent of Deng Xiaoping’s reform and opening up in 1978.”

According to EurActiv, “Jeremy Rifkin is an American economist and author whose best-selling Third Industrial Revolution arguably provided the blueprint for Germany’s transition to a low-carbon economy, and China’s strategic acceptance of climate policy.”

Mr. Rifkin is a principal architect of the European Union’s long term Third Industrial Revolution economic vision and development plan to usher in an Internet of Things digital infrastructure across the European Union and its partnership regions to create a smart post-carbon economy, ecological society, and the world’s largest single integrated economic marketplace. The plan is called “Smart Europe.”

The Third Industrial Revolution Smart Europe long-term economic development plan was formally announced by Maros Sefcovic, Vice President of the European Commission, Markku Markkula, President of the Committee of the Regions, and Jeremy Rifkin on February 7th 2017. Mr. Rifkin is currently advising the European Commission on the deployment of the Smart Europe initiative and will be working with the 350 formal regions of the EU in the creation of road maps to deploy the new economic narrative and vision across Europe.

Mr. Rifkin is the President of the TIR Consulting Group, LLC comprising many of the leading renewable energy companies, electricity transmission companies, engineering companies, construction companies, architectural firms, ICT and electronics companies, transport and logistics companies, advanced manufacturing companies, and economic modelers. His global economic development team is working with cities, regions, and national governments to develop the Internet of Things (IoT) infrastructure for a Collaborative Commons and a Third Industrial Revolution. The TIR Consulting Group LLC is currently working with the regions of Hauts-de-France, the Metropolitan Region of Rotterdam and The Hague, and the Grand Duchy of Luxembourg in the conceptualization, build out, and scale up of a smart Third Industrial Revolution infrastructure to transform their economies.

Mr. Rifkin is ranked 123 in the WorldPost / HuffingtonPost 2015 global survey of “The World’s Most Influential Voices.” Mr. Rifkin is also listed among the top 10 most influential economic thinkers in the survey. The survey was prepared at Massachusetts Institute of Technology and used collective intelligence to correlate the rankings.

Since 1995, Rifkin has lectured at the Wharton School’s Executive Education Program at the University of Pennsylvania where he instructs CEOs and senior management on transitioning their business operations into sustainable economies. 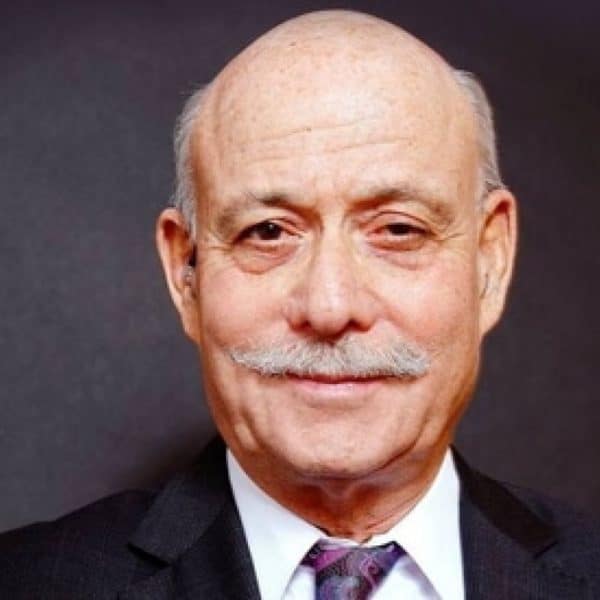 What people say about Jeremy Rifkin

“Many in the scholarly, religious, and political field praise Jeremy Rifkin for a willingness to think big, raise controversial questions, and serve as a social and ethical prophet.”