Gerd Leonhard is one of the world’s leading futurists in the Media, Telecom, Technology, Marketing and Communication industries. A dynamic and cutting edge speaker, he brings real world examples from around the globe to his visually exciting presentations.

His expertise is as much in demand among executives and organisations as a mentor, strategy session facilitator and in-house futurist. As well as his speaking and consulting he has also recently launched a new web-tv channel called Meeting of the Minds (www.meetingoftheminds.tv) in which he interviews other leading future-thinkers.

Gerd’s background is in music and the music business. In 1985 he won Berklee College’s ‘Quincy Jones Award’ and subsequently spend 10 years working as a professional guitar player, composer and producer. He then caught the Internet bug and became a digital media entrepreneur and start-up Internet CEO, based in San Francisco, for 7 years. In 2002, Gerd returned to Europe and started his career as a Futurist, Keynote Speaker and Strategic Advisor. He now travels around the globe and speaks at many major conferences and events, company retreats, seminars and in-house trainings on the Future of Business, Sustainability, Environmental Policy and Climate Change, Media, Content and Entertainment, Technology, Marketing, Advertising & Branding, and Telecommunications. In late 2011, Gerd decided to widen the scope of his work to include some of the most pressing ‘green’ issues such as sustainability and sustainable capitalism, renewable energy, climate change and global warming.

Gerd is considered a leading expert on topics such as digital business models, the networked society, a sustainable business ecology, social media and social communications, TV & Radio 2.0, mobile content, innovation, leadership and entrepreneurship, consumer trends, UGC and peer production, copyright and IPR issues, next-generation advertising, marketing and branding, and recently the development of ‘green futures‘ scenarios. In 2006, The Wall Street Journal called Gerd ‘one of the leading Media Futurists in the World’.

Gerd’s keynotes, speeches and presentations are renowned for his hard-hitting and provocative yet inspiring, personal and intense motivational style. With over 1,300 engagements in 43 countries since 2003, Gerd has addressed over 200,000 executives and professionals, and is often considered a key influencer. His diverse client list includes Consumers International, Youtube, Nokia, The Guardian, Google, Sony-BMG, Telkom Indonesia, Siemens, RTL, ITV, the BBC, France Telecom, Orange, Deutsche Telekom, MTN, The Financial Times, DDB / TribalDDB, Ogilvy, Omnicom, the European Commission and many others.

Gerd is a fellow of the Royal Society for the Arts (London), a member of the World Future Society, and a visiting professor at the Fundação Dom Cabral in Brazil.  A native of Germany, he now resides in Basel, Switzerland. 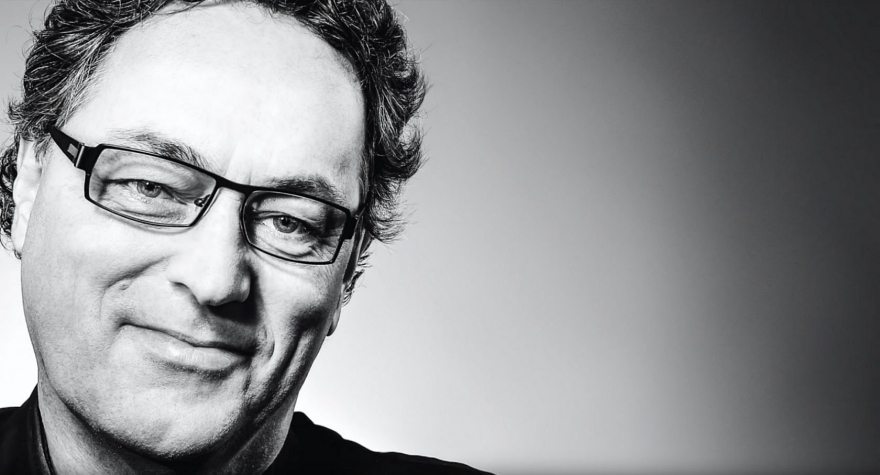 What people say about Gerd Leonhard

Gerd did a fantastic job at a recent global logistics conference –opening up the opportunities of the future, and bringing in variedexamples from a host of different industries to explore new waysof thinking. Had a big impact with the team.

Gerd was our keynote speaker at our very first RTE Mojocon (Mobile Journalism conference) in 2015. His vision of the future of technology and mankind’s relationship with it is one of the key reasons he is one of the leading futurists in the world. He is engaging, thought provoking and extremely well versed and professional. I would have no hesitation in recommending him as a speaker/keynote and would welcome him back anytime.

I had the pleasure of working with Gerd on a 4 event roadshow in Australia, where Gerd was our international keynote speaker. Gerd is the consummate professional, he was exceptionally well prepared having completed his own research and tailored his keynote presentation for the local market. Once in country he took the time to understand the nuances of each city and further tailor accordingly. Gerd’s presentations were a resounding success as he delivered them with authenticity, passion and humour while always being an authority on the future of IT and its implications for organisations, economies and society as a whole. I was personally and professionally enriched by spending the week with Gerd.