Esther Dyson, named by Forbes magazine as one of the most powerful women in American business is an acknowledged luminary in the technology industry.

Esther Dyson has been highly influential in her field for the past 20 years, with a state-of-the-art knowledge of the online information technology industry worldwide and the emerging computer markets of Central and Eastern Europe.

She is chairman of EDventure Holdings, a small but diversified company focused on emerging information technology worldwide, and on the emerging computer markets of Central and Eastern Europe. Among the topics she has covered are social software and social networks, registries of people and things, the Internet, the transformation of e-mail to “Meta-mail,“ identity management, and the use of “consumer“ Internet services such as Yahoo!, eBay and Google by small businesses.

She co-chaired the National Information Infrastructure Advisory Council’s Information Privacy and Intellectual Property subcommittee, and is now involved in advising various government figures and organizations on a less formal basis, both in the US and elsewhere.

Dyson was born circa 1952 to prominent mathematician Verena Huber-Dyson and physicist and futurist writer Freeman Dyson. Her father worked at the prestigious Institute for Advanced Study in Princeton, New Jersey, and Dyson grew up accustomed to seeing Nobel laureates at the dinner table. An aspiring novelist, she started her own mini newspaper at age eight and later worked as a page in the public library. She entered Harvard University at age 16, but by her own account, rarely attended classes, instead spending most of her time at the university newspaper, the Harvard Crimson, or hanging out with friends on the Harvard Lampoon. She graduated with a B.A. in economics in 1972.

Although she’d hoped to become an entertainment writer at Variety, she ended up as a fact checker, and later a reporter, at Forbes, where she became fascinated by the business world. In 1977, she joined New Court Securities as ‘the research department’, following Federal Express and other start-ups. After a stint at Oppenheimer covering software companies, she moved to Rosen Research and in 1983 bought the company from her employer Ben Rosen, renaming it EDventure Holdings. She sold EDventure Holdings, to CNET Networks in early 2004.

Ms. Dyson has been a Non-Executive Director of WPP Group PLC since 1999. She serves as a Member on the Board of Directors of Graphisoft N.V and a Member of Advisory Board of SAirGroup AG. Ms. Dyson has been a Director of LanguageWare.net (Company) Ltd. since June 1996, Aristotle International Inc., since March 2000, and Uproar Inc. since April 1997. She is a Member of Industry Advisory Group at Zouk Ventures Ltd.

She is an occasional contributor and sits on the advisory board of a new Open Access, Open Source, Open Peer Review journal, the Journal of Participatory Medicine.

Dyson is an active member of a number of non-profit and advisory organizations. From 1998 to 2000, she was the founding chairman of ICANN, the Internet Corporation for Assigned Names and Numbers. She has followed closely the post-Soviet transition of Eastern Europe, and is a member of the Bulgarian President’s IT Advisory Council, along with Vint Cerf, George Sadowsky, and Veni Markovski, among others.

She has served as a trustee of, and helped fund, emerging organizations such as Glasses for Humanity, Bridges.org, the National Endowment for Democracy, and the Eurasia Foundation. She is a member of the Board of Directors of The After-School Corporation, a nonprofit organization dedicated to expanding educational opportunities for all students. She is also a member of the boards of the Sunlight Foundation, StopBadware, The Long Now Foundation, and a trustee of the Santa Fe Institute.

Dyson describes herself as “spending more and more time on private aviation and commercial space startups” and also in health care and genetics. She has invested in XCOR, Constellation Services, Zero-G, Icon Aircraft, and Space Adventures. Since 2005, she has hosted the Flight School conference in Aspen. She is currently on the board of directors of 23andMe, and is one of the first ten volunteers in the Personal Genome Project. 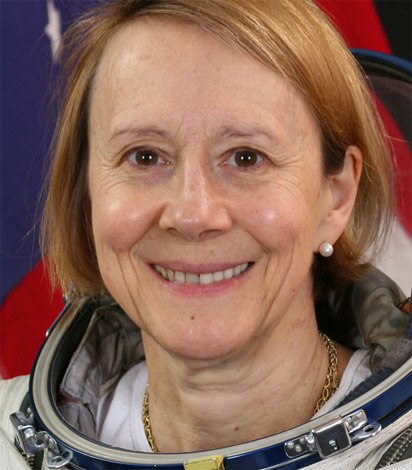