Renowned roboticist and autonomous systems visionary, Raffaello D’Andrea is Professor of Dynamic Systems and Control at the Swiss Federal Institute of Technology (ETH) in Zurich, where his research redefines what autonomous systems are capable of.

During CES in January 2020 he was inducted into the National Inventors Hall of Fame together with his former colleagues Mick Mountz and Peter Wurman with whom he invented the Kiva system, a revolutionary warehouse order fulfillment system that uses mobile robots and control software to bring inventory shelves to workers, dramatically improving all aspects of fulfillment operations.

He is an eloquent and thought-provoking speaker for corporate audiences. His TED talk on ‘The astounding athletic powers of quadcopters’ gained over 5 million views within 12 months, and his research group’s videos, such as ‘The Cubli: a cube that can jump up, balance, and walk’ and ‘Quadrocopter Ball Juggling’, have been viewed over 12 million times.  September 22, 2014 saw the release on YouTube of ‘Sparked: A Live Interaction Between Humans and Quadcopters‘, a unique and magical short film resulting from his collaboration with Cirque du Soleil.

Spanning academics, business and the arts, his career is built on his ability to bridge theory and practice.  He is also co-founder of Kiva Systems (recently acquired by Amazon, and soon to be rebranded as Amazon Robotics), a robotics and logistics company that develops and deploys intelligent automated warehouse systems.   In addition, he is an internationally-exhibited new media artist, best known for the Robotic Chair (Ars Electronica, ARCO, London Art Fair, National Gallery of Canada) and Flight Assembled Architecture (FRAC Centre, France). In addition to pioneering the use of semi-definite programming for the design of distributed control systems, he went on to lead the Cornell Robot Soccer Team to four world championships at international RoboCup competitions in Sweden, Australia, Italy, and Japan.

While on leave from Cornell, from 2003 to 2007, he co-founded Kiva Systems, where he led the systems architecture, robot design, robot navigation and coordination, and control algorithms efforts. By the time Amazon acquired Kiva in May 2012 for US$775M, it was a 300-person company with a long customer list that included Walgreens, Staples, and Saks, with more than 30 warehouses deployed across Europe and North America. Throughout his academic and business career, Raff has collaborated with artists, architects, and engineers to create dynamic sculptures. He has exhibited his work at various international venues, including the Venice Biennale, Ars Electronica, the Smithsonian, and the Spoleto Festival. In addition, his work is in the permanent collections of the National Gallery of Canada (Robotic Chair, Table) , the FRAC Centre in France (Flight Assembled Architecture), and the Heinz Nixdorf Museum in Germany (Blind Juggler).

After being appointed professor at ETH Zurich in 2007, Raff established a research program that combined his broad interests and cemented his hands-on teaching style. His team engages in cutting edge research by designing and building creative experimental platforms that allow them to explore the fundamental principles of robotics, control, and automation.

He is also a recipient of the robotics industry’s highest honors, including:

Professor D’Andrea is a dynamic speaker, who can share with eloquence and passion his experience as entrepreneur, inventor, scientist and teacher.

Cyber-Physical Systems, the Internet of Things, and Ubiquitous Feedback:  Friend and Foe.  What happens when everything is interconnected?  When machines and autonomous systems can learn and adapt, and share information amongst themselves?  When the engineered world is one large adaptive network?  Truly wonderful things, to be sure, but let’s be careful what we wish for.

Feedback Control and the Coming Machine Revolution: We are at the cusp of a revolution: we can now create machines that adapt their behavior based on their environment and the results of their actions. The enablers for this revolution are sensing, communication, and computation technologies, innovative designs and novel mechanisms, and the feedback control algorithms that rule the machines. These creations will have unprecedented effects on our lives – some welcome, others not.  In this talk, D’Andrea outlines how we got here, where we are going, and the consequences. 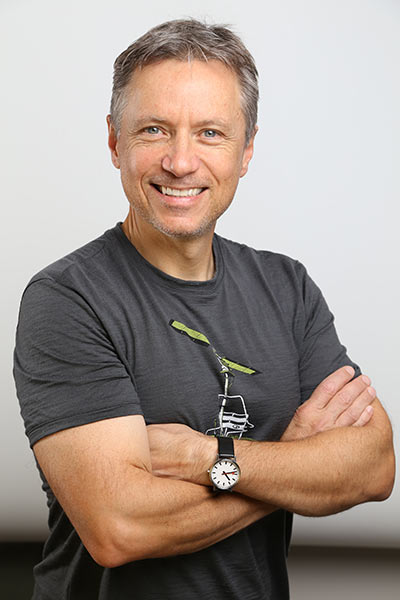