A former Economics Editor and Editor-at-Large at The Times is an impressive keynote speaker and conference facilitator. With his provocative yet articulate and charming style few are better qualified to offer expert analysis of current market trends and precise economic forecasts.

Anatole Kaletsky writes a weekly column on politics, economics and international relations for The Times of London. He is also a founding partner of GaveKal Capital, a Hong Kong-based economic advisory and asset management company, which provides economic analysis and asset allocation advice to 500 financial institutions around the world and also manages US$ 500m of client funds.

Born in Moscow and educated at Cambridge with a first class degree in mathematics, Anatole Kaletsky went on to Harvard as a Kennedy Scholar and was awarded a Masters in Economics. He was a full-time journalist for The Times, Financial Times and The Economist from 1976 until 1998, when he expanded his activities to include economic forecasting and financial consulting. He started his journalistic career on The Economist, where he wrote about business and finance from 1976 to 1979. He still contributes an annual article on the outlook for the British economy to The Economist’s best-selling yearbook, The World In 201x. Prior to his appointment to The Times, Mr. Kaletsky worked for 12 years on the Financial Times in a variety of posts, including New York Bureau Chief, Washington Correspondent, International Economics Correspondent and Moscow Correspondent.

During his 30 years as a journalist, he has received many awards and distinctions. He was named Newspaper Commentator of the Year in the BBC’s ‘What the Papers Say’ awards in 1996 and has twice received the British Press Award for Specialist Writer of the Year. He has also won the Wincott Award for economic journalism administered by the Institute of Economic Affairs and the first Cernobbio-Europa prize for European Journalist of the Year.

He is a Director of several investment companies, including the JP Morgan Emerging Markets Investment Trust. In 1998 he was elected by Britain’s economics profession to a five-year term on the governing council of the Royal Economic Society. He is a member of the Nuffield Council on Bioethics, the UK’s principal advisory body on ethical issues raised by new developments in medicine and biotechnology. He is the author of Capitalism 4.0: the Birth of a New Economy in the Aftermath of Crisis.

Since relinquishing his executive role in order to create his own consultancy practice, Anatole has remained The Times principal commentator on economic and financial affairs. In addition to his writing he is frequently called upon for radio and television interviews as well as for speaking engagements in Britain, Europe, and the US. His provocative style makes him ideal as a keynote speaker, and he is excellent when participating in panel debates, and facilitating conferences. 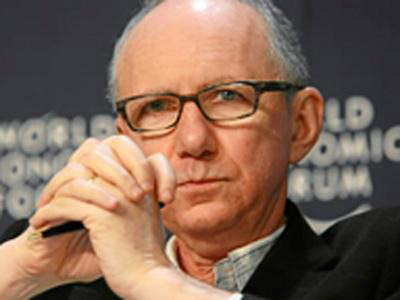 What people say about Anatole Kaletsky

“Anatole was bang on message and delivered a compelling outlook of the economy.”