Chief Executive of CREATE (Centre for Research and Technology in Europe) and an expert on employment and workforce diversity. He is one of the most sought after speakers on the future of work, organisation and society and its leadership implications.

He serves as a visiting professor at the Cass Business School, London Metropolitan University, Centre for Leadership Studies at Exeter University, President of the Scientific Committee at Audencia – Nantes Ecole de Management in France and on the Editorial Board for the Journal of Asia-Pacific Business. He worked at the National Economic Development Office, Cabinet Office, HM Treasury and the University of Sussex.

In 1998 he was awarded the Aspen Institute’s Prize in leadership. It is a subject on which he has done extensive research involving some of today’s outstanding business leaders. As an economist, he has held significant positions including: Secretary, Economic Group, Cabinet Office, providing weekly briefs to the Prime Minister and Forecaster, Treasuring Econometric Model and producing forecasts of key macro indicators. Prof. Rajan serves as a Director and a Member of Advisory Board of Royal Society of Arts. He also serves as a Member of Advisory Board of CIFT Ltd. He serves as a Trustee of Board of The Royal Society of Arts & Campaign for Learning and is a Member of Government’s Council for Excellence in Management and Leadership. He is the author of 3 best selling reports on the City: Leading People in 1996, Good Practices in Knowledge Creation and Exchange in 1999 and Fund Management: New Skills for a New Age in 2000. He is also the author of 19 widely quoted research reports on different aspects of fund business. These are at: www.create-research.co.uk .As well as appearing on radio and television regularly, Amin has contributed long series of feature articles to Financial Times, Sunday Times, Global Investor, Financial News and IPE. He is a Fellow of Windsor Leadership Trust.

Amin Rajan’s expertise covers, amongst others, leadership and the links between vision, values, cultures and structures. He also offers strategic advisory and coaching services to CEOs and CIOs in numerous global fund houses on both sides of the Atlantic, as they grapple with unfolding industry dynamics.

Amin has presented the results of his research studies at over 100 major events in the USA, UK and continental Europe in the last 5 years. He is one of the most sought after speakers on the future of work, organisation and society and its leadership implications. 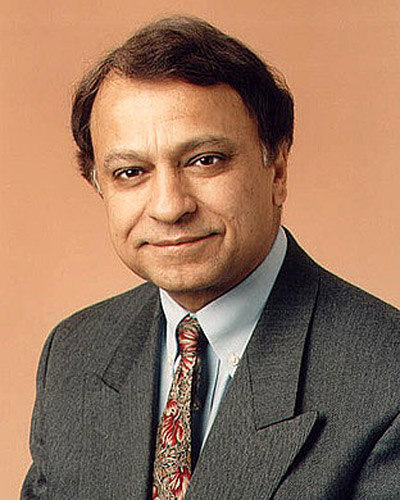