“The Godfather of Italian product design” is a creative designer who explores the frontiers of invention and technology.

Alberto Alessi is the managing director of the world-famous Alessi spa and leader of strategic marketing communication and Design. The northern Italian company founded by his grandfather in 1921 was known for producing simple domestic ware, but that changed in the 1970s when Alberto took the reins of the family business. With a focus on aesthetic, Alessi collaborated with the world’s foremost designers including Achille Castiglioni, Phillippe Starck, and Michael Graves. These collaborations led to innovation and the expansion of the household range, earning the company a world-renowned reputation for high design and manufacture.

Alberto Alessi is a member of the Academic Board of the University of Art and Design Helsinki (U.I.A.H.) and sits on the honorary committee of the Design Museum, London. He is a senior fellow of the Royal College of Art, London; Honorary Professor of the Hochschule der Bildenden Kunste, Saarbrucken; Doctor Honoris Causa of the U.I.A.H. of Helsinki; Doctor of Fine Arts at the Miami University of Oxford, Ohio; and has an honorary doctorate degree from the University of Central England, Birmingham.

In 1998 he received the MBA Design Award for Lifetime Achievement from the Brooklyn Museum in New York.

Alberto Alessi has written several books, including La Cintura di Orione (Longanesi, Milano 1986), Not in Production, Next to Production (Alessi Spa, Crusinallo 1988), and The Dream Factory (Electa, Milano 1998). During his career he has contributed articles for many international magazines and publications and been a visiting professor at several design colleges.

Along with his two brothers, Alberto continually strives to work at the heart of international creative culture, thinking of his company as a “research lab in the Applied Arts” and constantly experimenting on ways to change how people all over the world view everyday products. 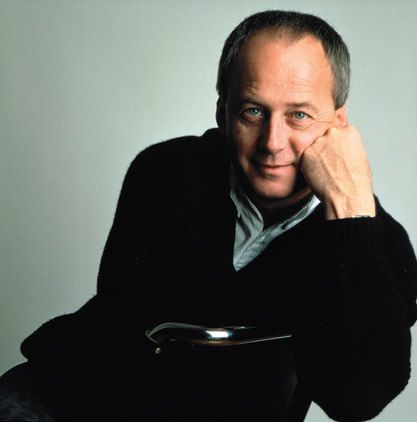 What people say about Alberto Alessi

“Alberto’s performance was excellent and inspirational. His style was informal and relaxed, and everyone was enthralled throughout.”